Welcome back to another edition of the Indie B-Sides reviews, where we take a look at some of the many great indie titles in the Nintendo Switch eShop!

The Church in the Darkness (Nintendo Switch) 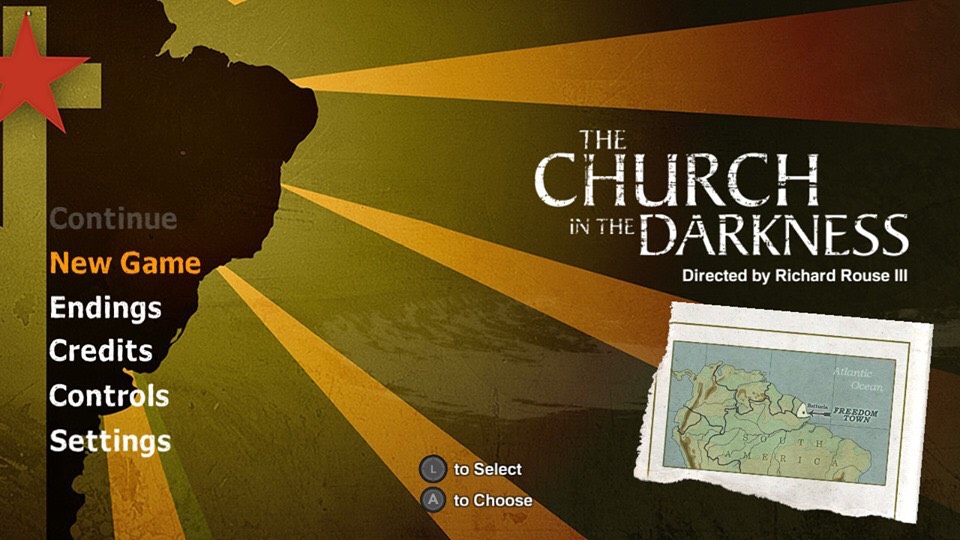 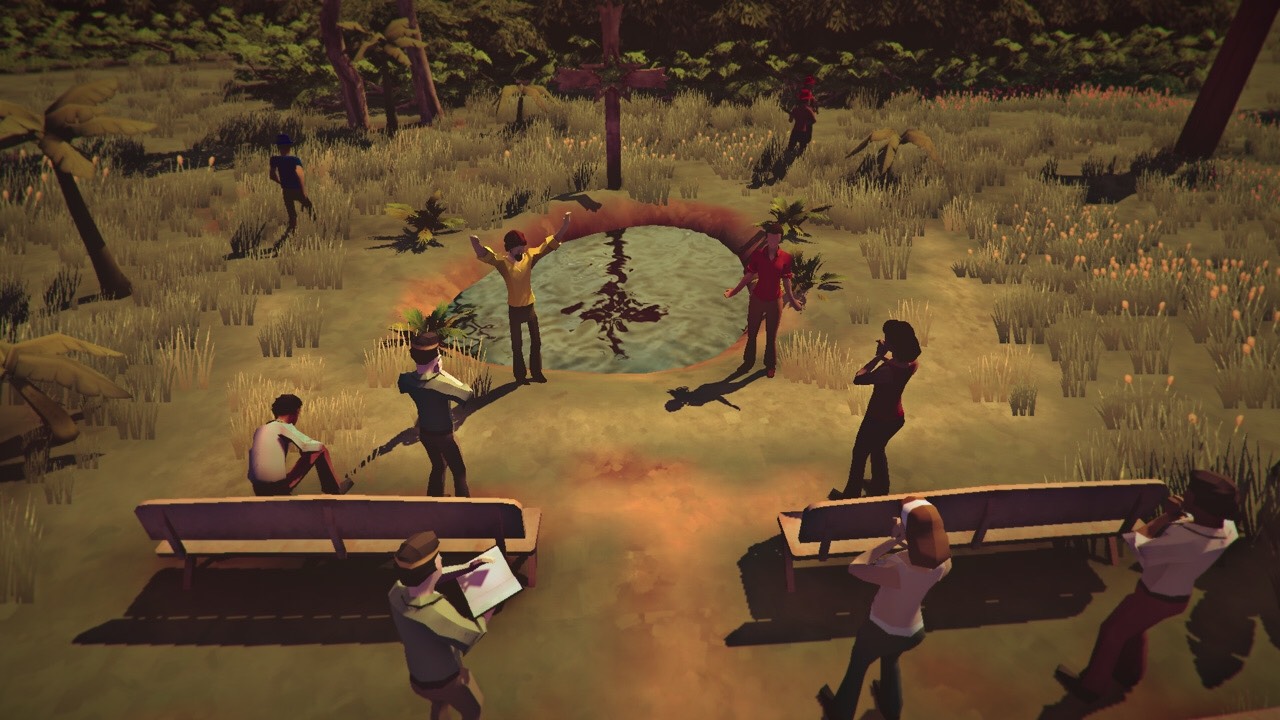 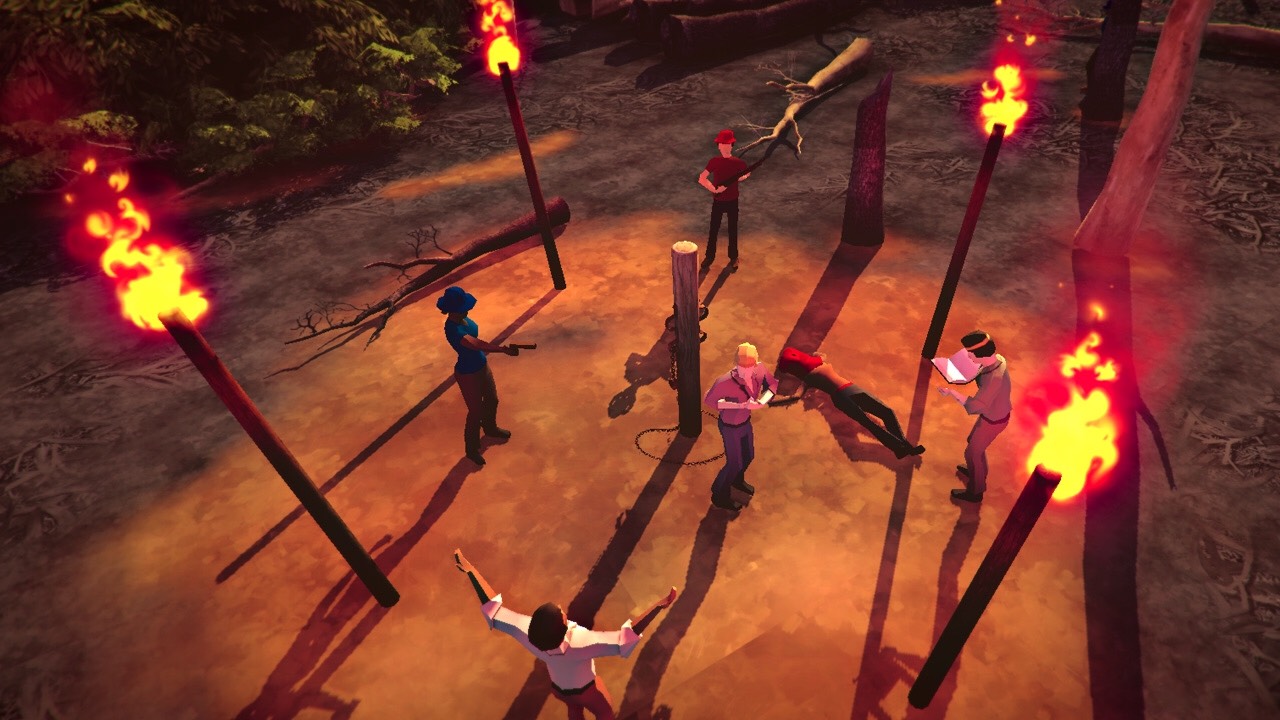 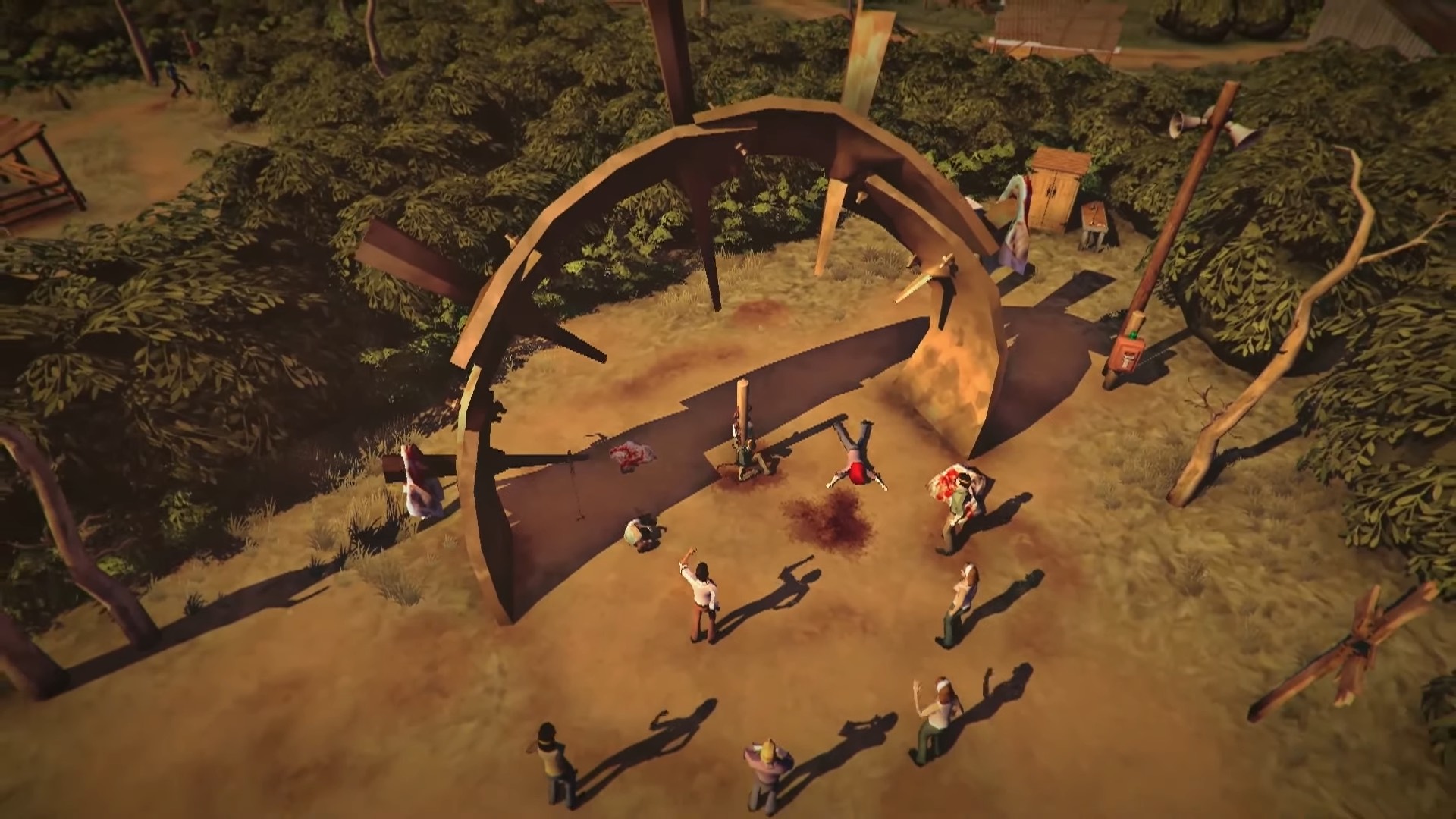 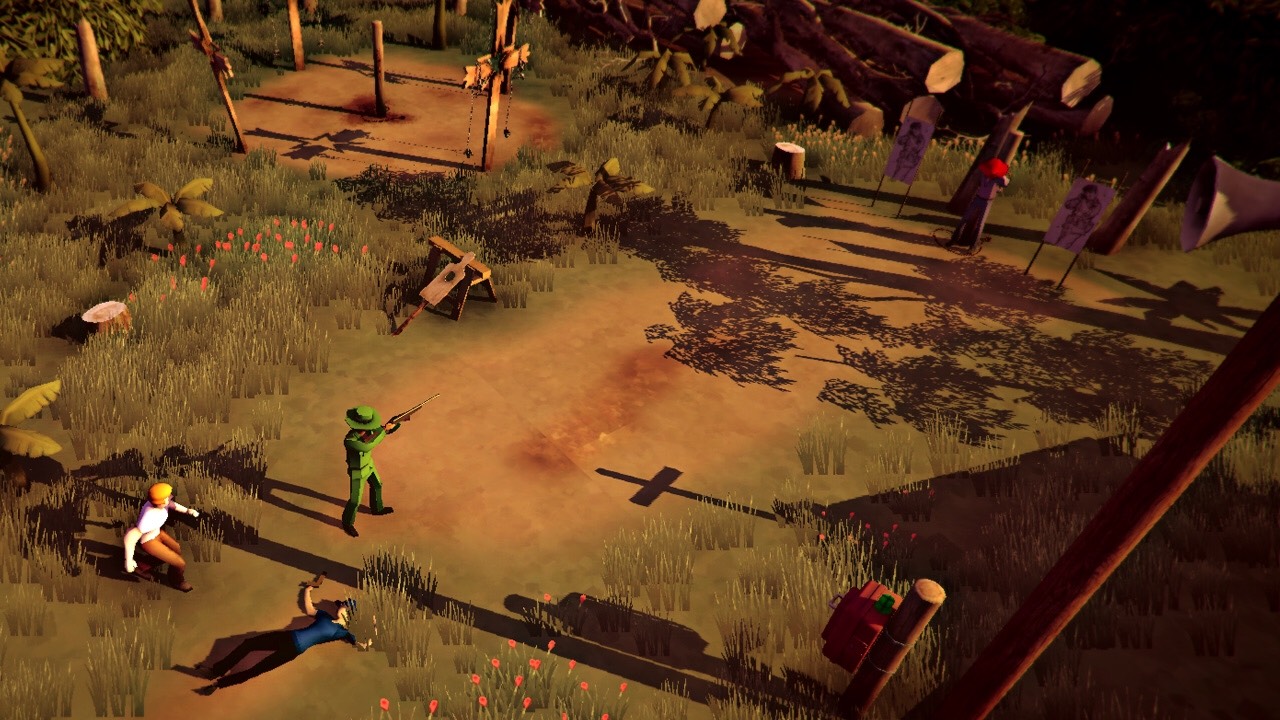 Let Us Pray. Then We Drink Kool-Aid

What is it about cults that seems to draw in certain people with unquestionable loyalty? You get to address that and more while playing as ex-police officer Vic, who has entered Freedom Town, a village created by cult members in South Africa in 1970. You are there undercover looking for your nephew who ran off to join the cult, but you have to be on your toes, as they will shoot and kill anyone who doesn’t belong. What makes The Church in the Darkness unique is that no two playthroughs are alike. Each run features different personalities for the cult members and leaders, as well as different ways to approach the game. Vic can start with medical kits, alarm-disabling kits, pistol, and more upon further exploration. You can disguise yourself, read documents and more, revealing the truth behind the cult.

At first I was very excited to play, as the premise sounded very promising—plus, I love stealth games. This is where it disappointed, as the stealth was rather lackluster; the map is small and never changes, even if the characters do. You can sneak up and take out enemies, or simply run and hide very easily, which took away some of the allure. The story and gameplay never evolves or changes, it just sticks to the basics with which it starts. If Vic is captured, he’s killed, or if your run has been non-lethal, they enslave you rather than kill you. My first playthrough ended in under 35 minutes, which was a little wild considering the overall value of the game, but the developers want you to keep playing and trying different scenarios. I jumped back in and played through the campaign a couple more times, but it began to feel monotonous.

The sound and look of the game are top-notch, with great music and voice acting, and the visuals are very well-done for an indie title. Needless to say, this one fell a little flat for me like Jim Jones and his Kool-Aid fiasco, but the time I had with it was still intriguing, and I love the premise and effort put in by the developers. I only wish there was more of it. I’d recommend grabbing it if you see it on a decent sale, because I’m a fan of the material, and though the stealth and other aspects could be sharper, there is still fun to be had.

Buy The Church in the Darkness from the Nintendo Switch eShop here. 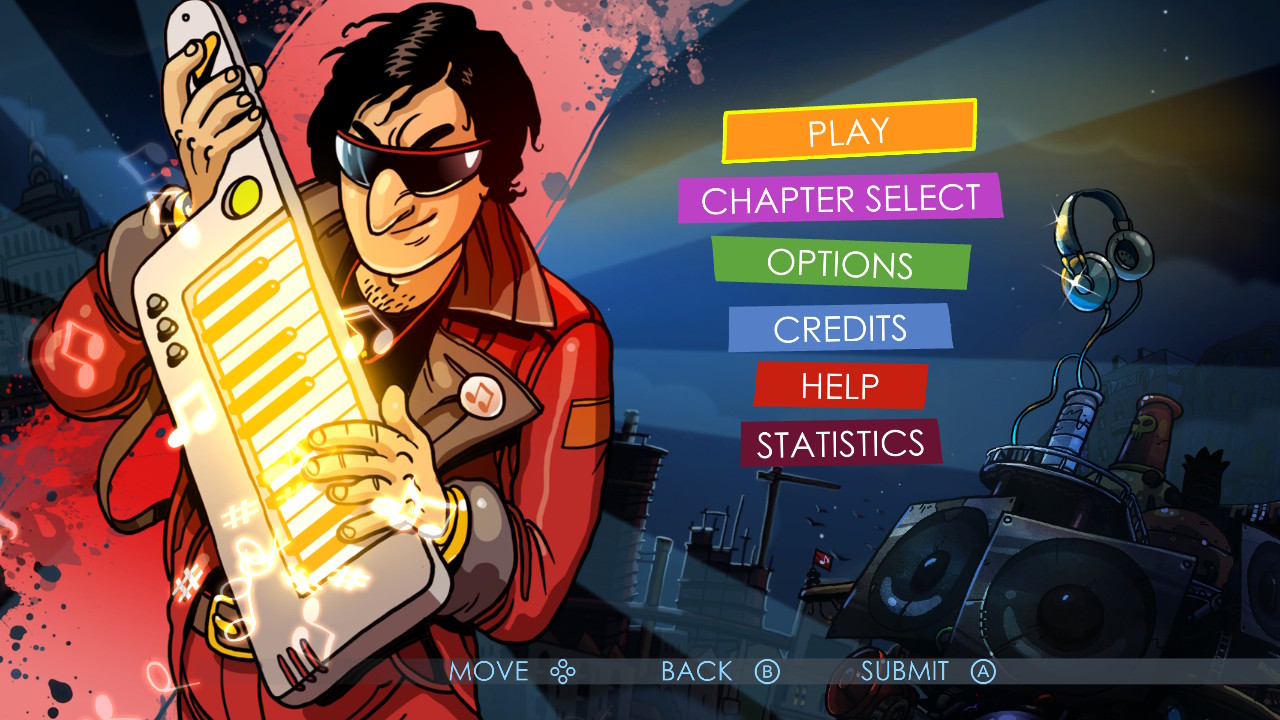 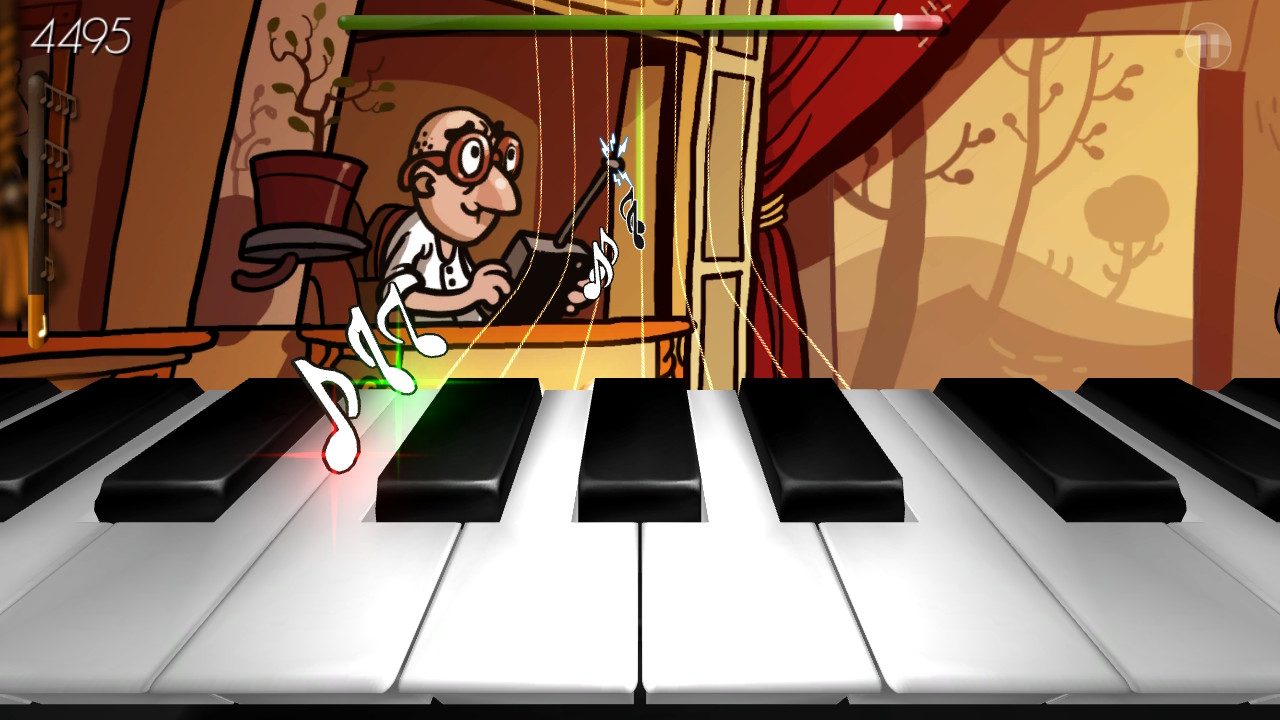 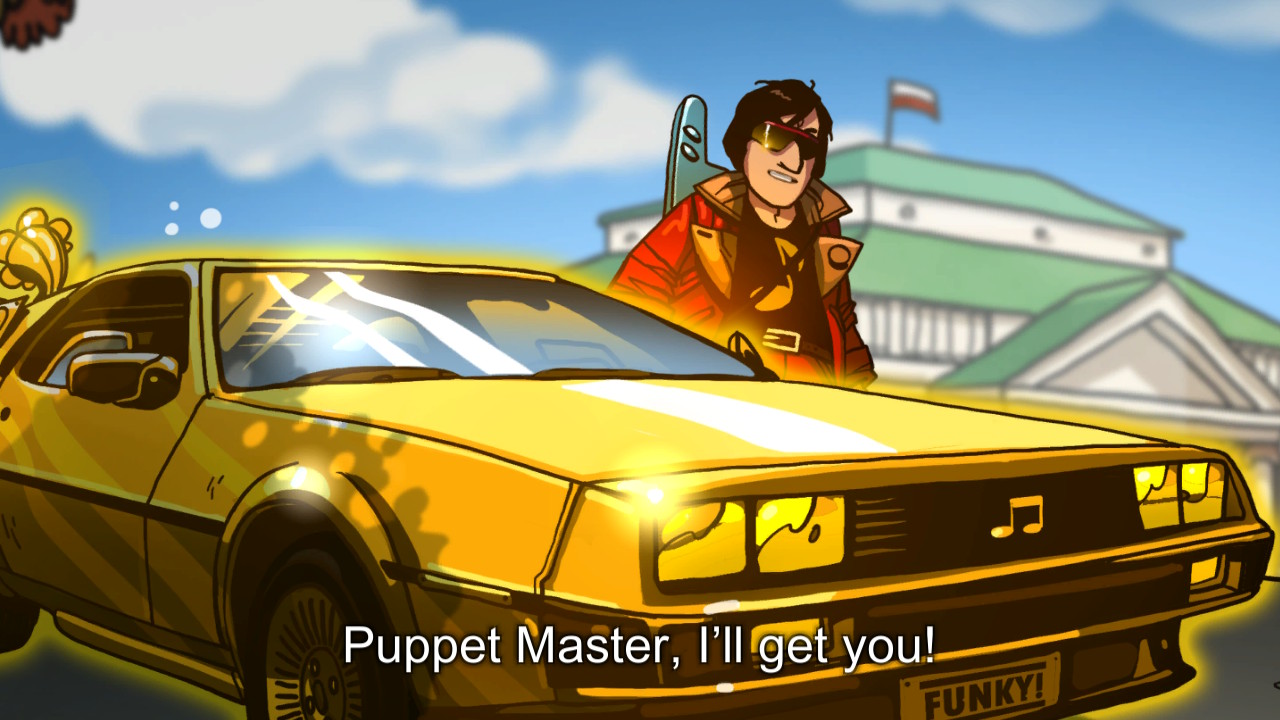 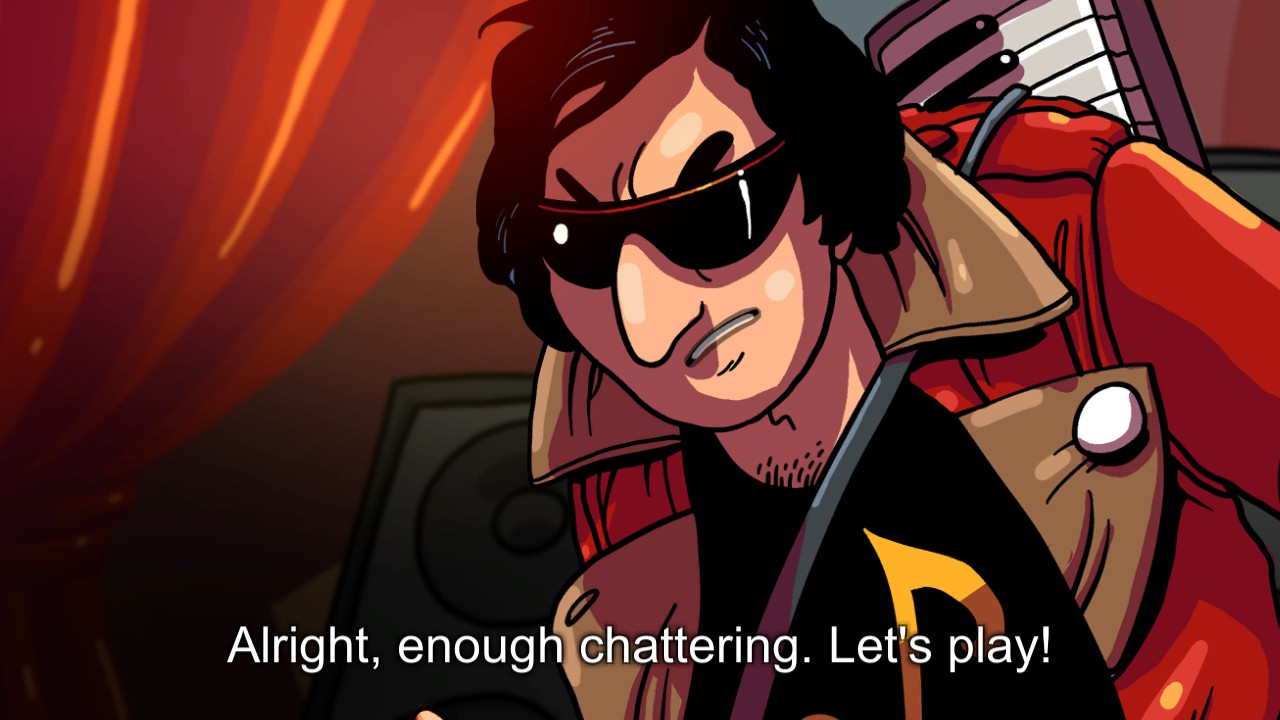 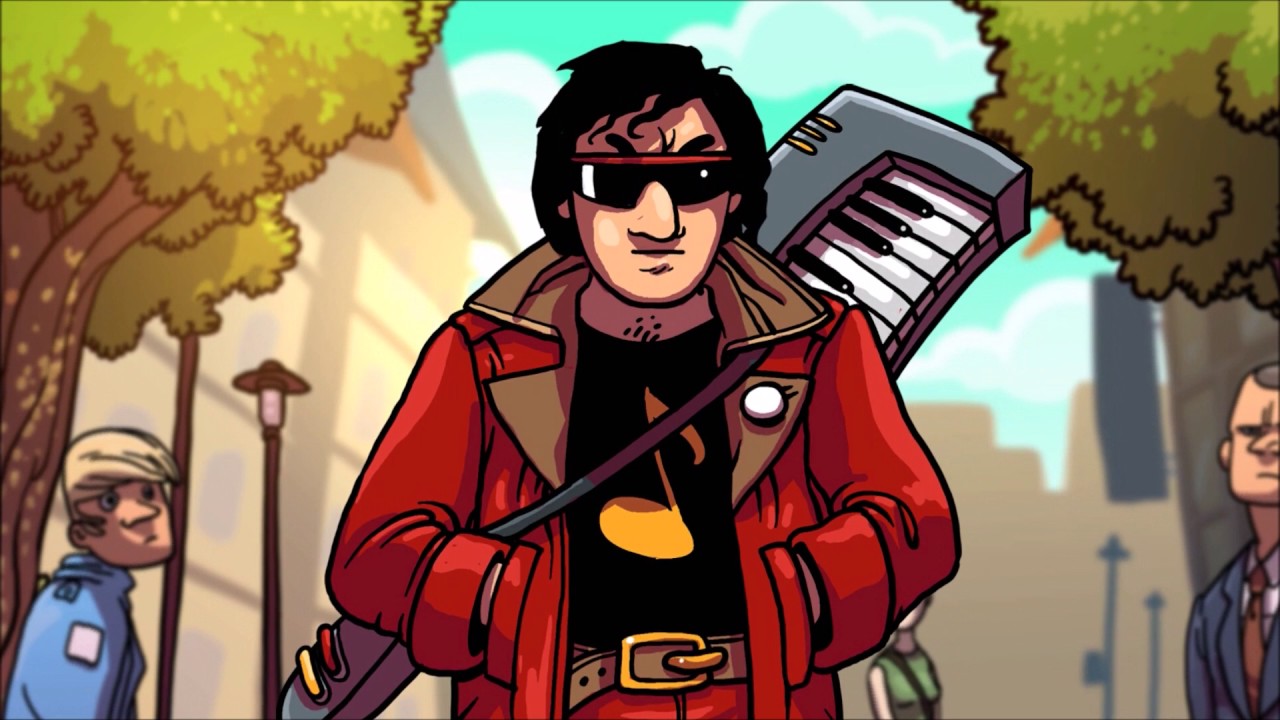 2nd Verse, Same as the First!

I reviewed the first game a little while ago, and to be honest, it’s kind of hard to write a review for this game that isn’t just copying and pasting the first one. The only real difference is the story, where a resurrected Frederic Chopin, fresh off his victory in the first game, is blindsided when a mysterious new threat appears and kidnaps his Muses. Frederic sets off on another journey of piano-based duels to rescue them in between some well-illustrated, motion comic cutscenes. It’s a fun story, much like its predecessor, except this one has a solid gold DeLorean, so there’s that.

The rhythm-based gameplay is completely unchanged; it’s like Guitar Hero except with piano keys. The touchscreen remains the superior gameplay option, which the game tells you up front. It also still recommends you play using headphones, which again I think is only really necessary if you live with people that don’t want to hear your game over whatever it is they’re doing. The game’s biggest drawback is my complete lack of any sense of rhythm, which is a good problem for any game to have. If you love music and music games, this is an exceptionally fun experience for a very reasonable price – and I frequently see it on sale for even less (best I’ve seen so far is 49¢). 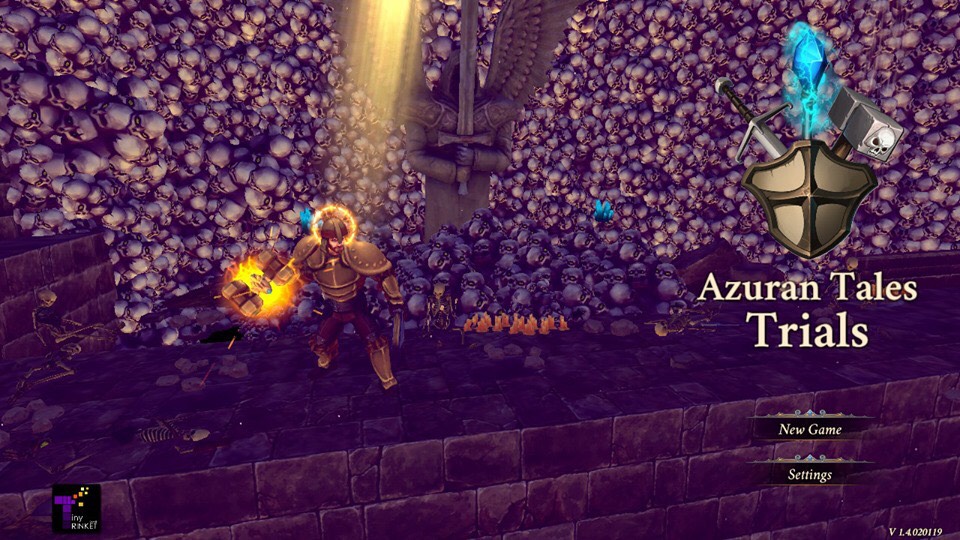 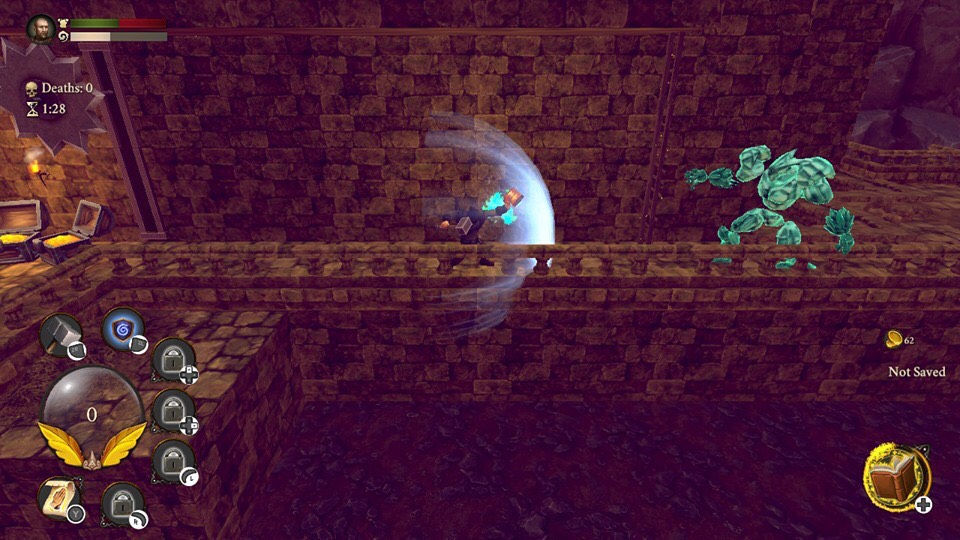 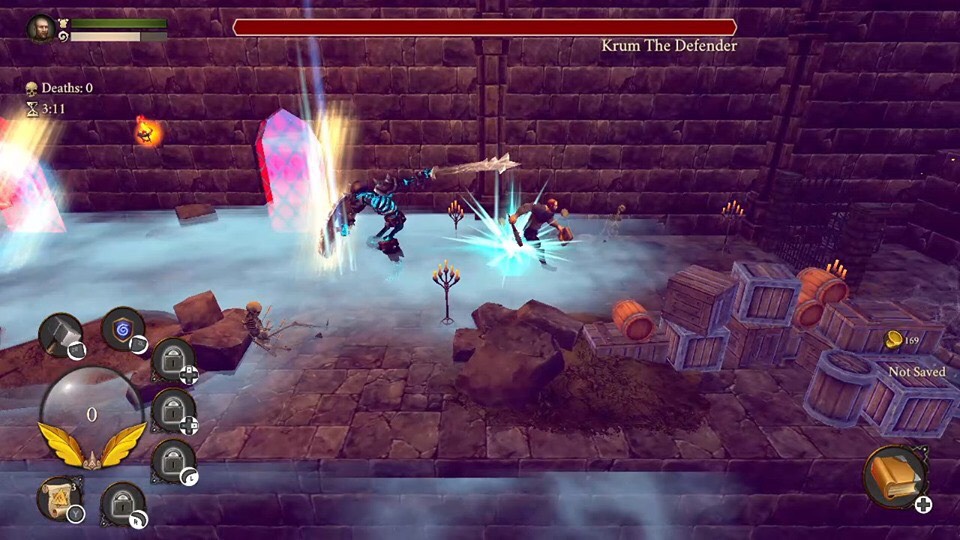 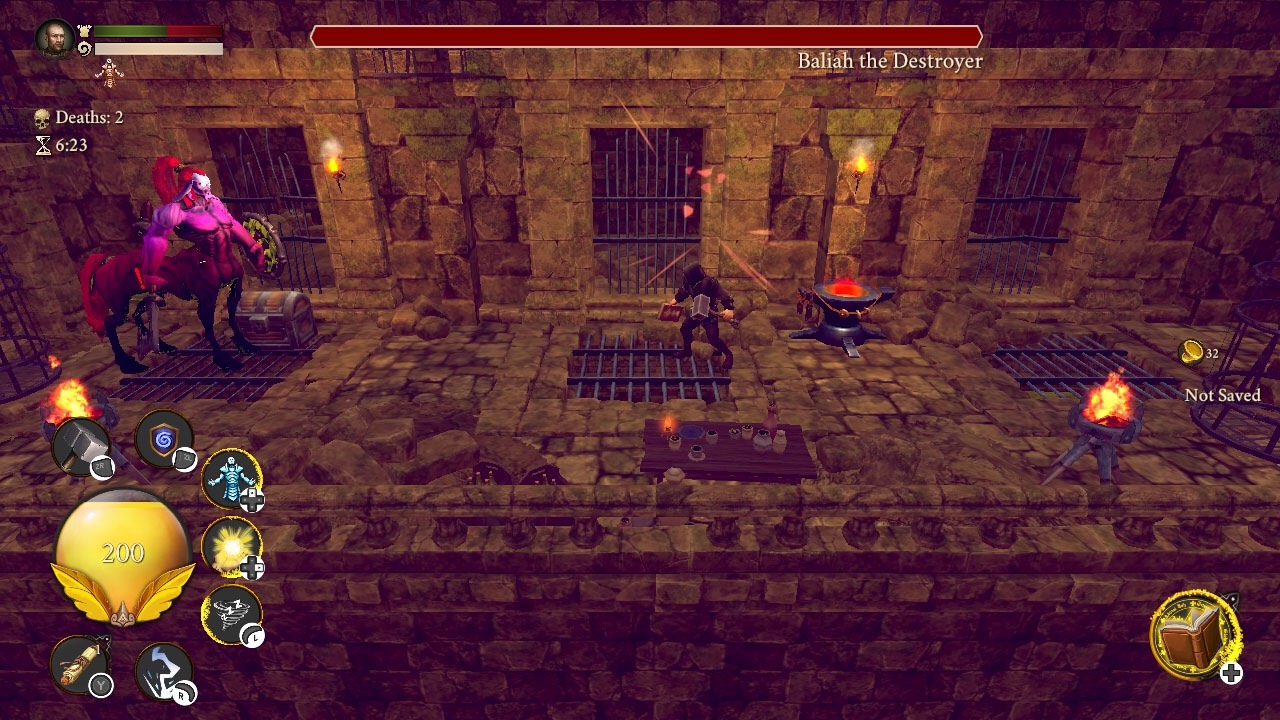 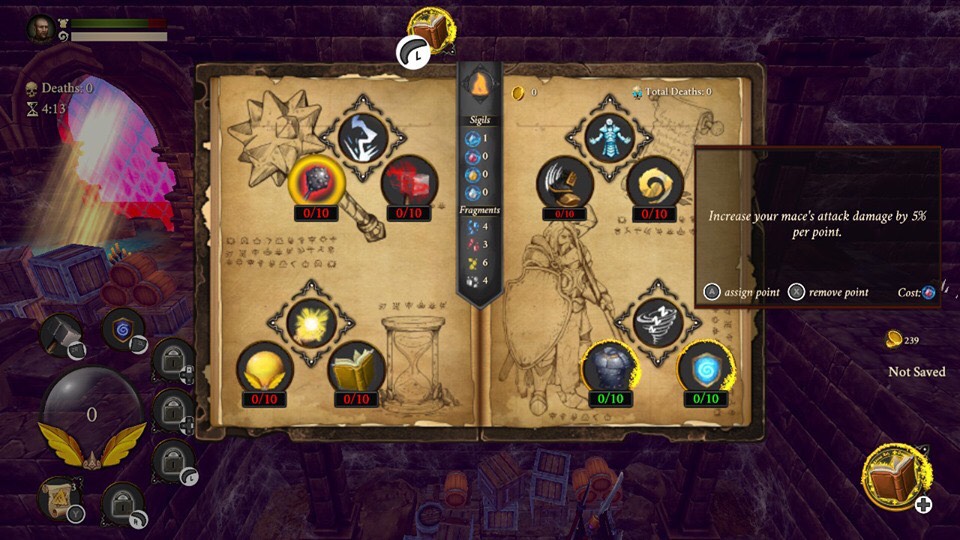 A Tale of Two Tombs & Many Monsters

Azuran Tales: Trials markets itself as a brutal platformer with RPG elements, challenging combat, and merciless enemies. For the most part, it delivers on these promises, even if it doesn’t stick the landing. You play as Merius, a battle cleric sent on a quest to collect the pieces of the Amulet of Valur to keep it from the evil entity known as Magrath.

After a quick tutorial, you’re thrown into tombs, dungeons, and more where you’ll face monsters and traps, but you’re given checkpoints to soften the blow of the gameplay. It’s tough later in the game, but what I struggled with the most was the controller layout—which you can’t change—and the controls themselves, as they felt sluggish. The combat was solid, though rather simple—you start with a mace, a magic book that emits a force field, and bare-bones armor—but before long, you gain armor and weapons through boss fights and treasure chests. You can also upgrade your stats through a skills tree using gold and special crystals.

Overall, the game was a fun escape, but in the sea of games in the eShop, it is likely to be overlooked. If you see this one on sale, you should give it a try, as it was an enjoyable platformer. 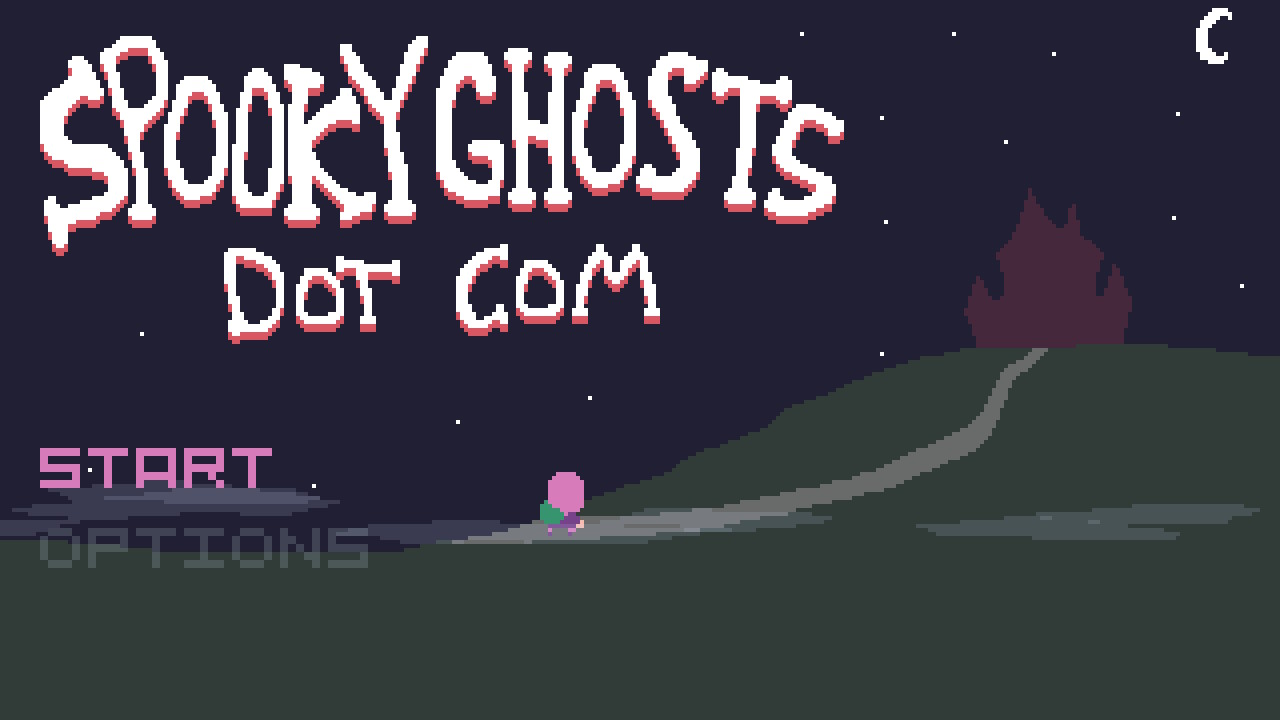 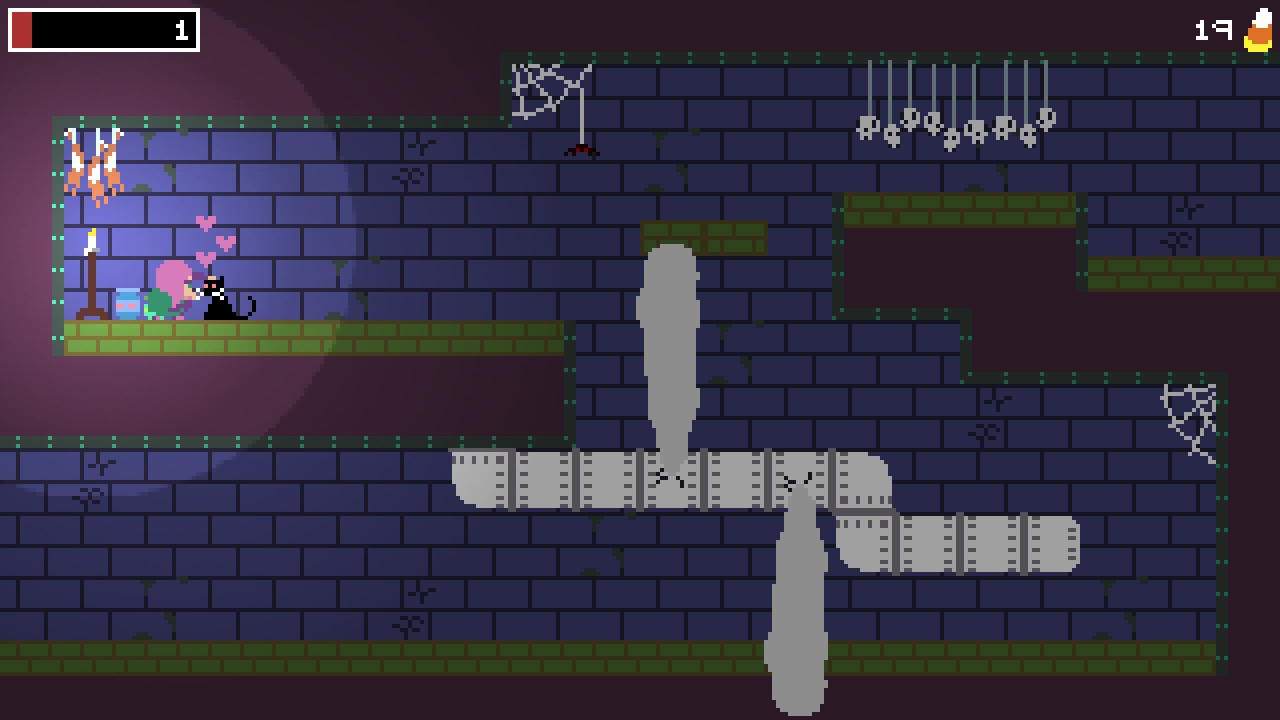 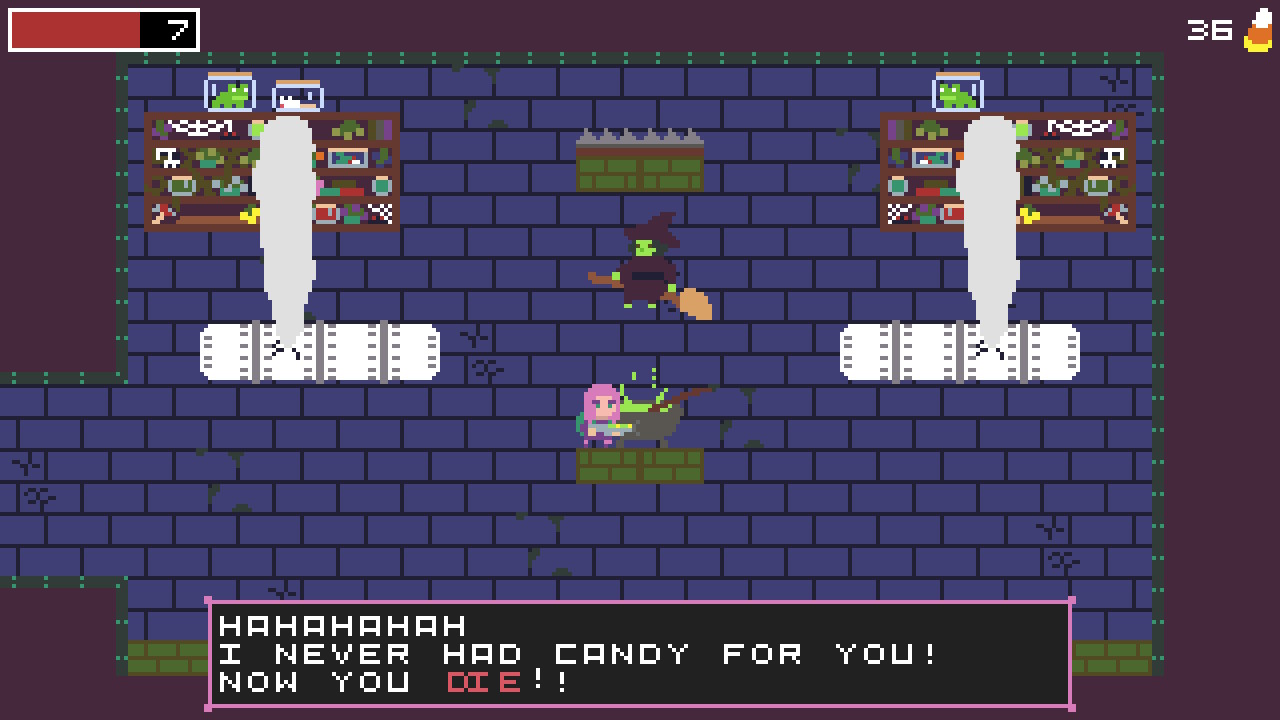 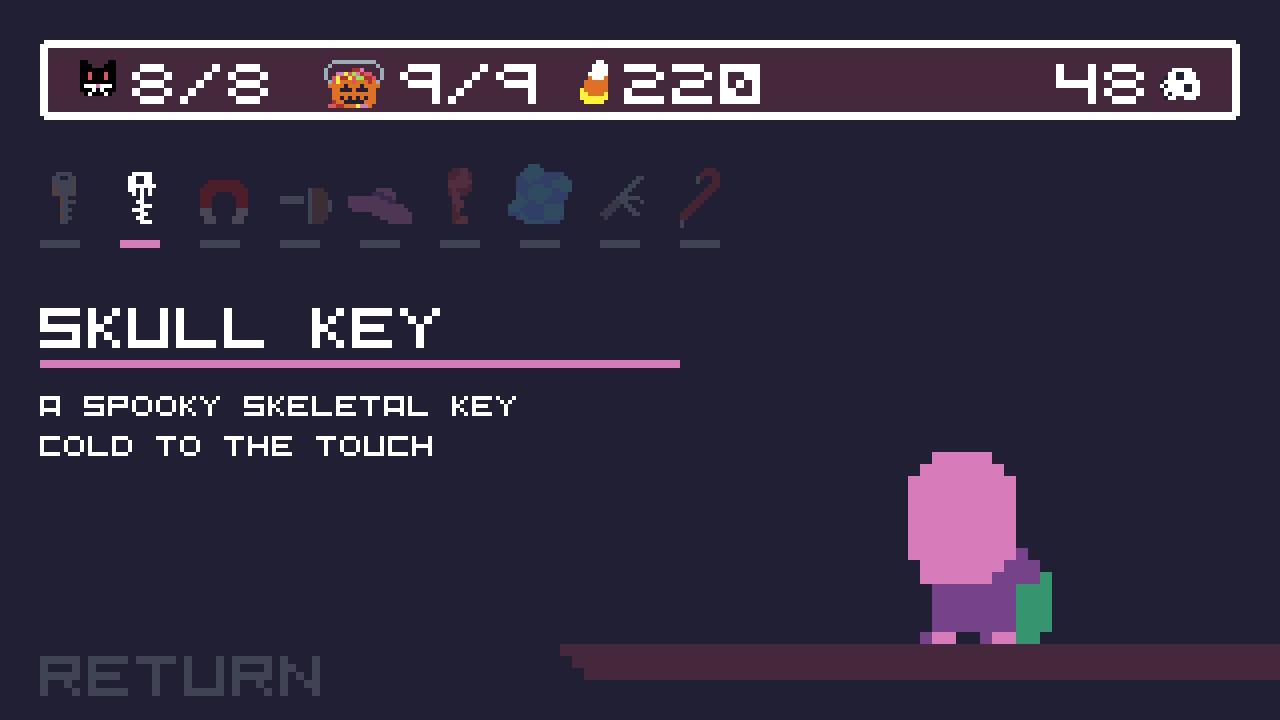 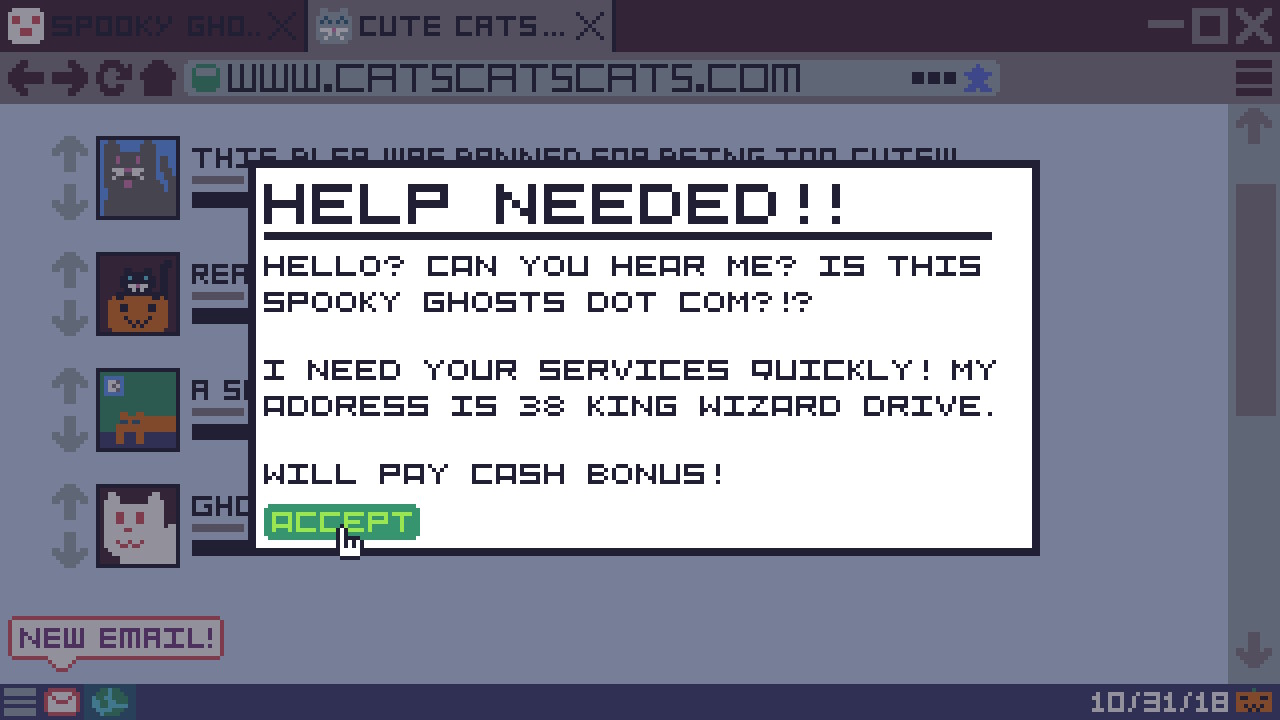 Crossing Over to a Familiar Trail

Spooky Ghosts Dot Com is a charming, retro, 8-bit-styled Metroidvania with plenty to recommend it. Ruby is a ghost hunter checking out some cat pics on the internet when a job comes through. So off she goes to a creepy-looking mansion to get that money. So, pretty simple story, and it comes with some fairly simple action, too. All you really do is run, jump, and fire your laser—though you do collect new items that unlock new abilities along the way.

While fairly basic in concept, the gameplay is pretty tight; the controls respond smoothly and quickly, meaning there were very few times when I got hit and then immediately did that thing everyone does where you’re like, “But I hit the jump button! I HIT THE JUMP BUTTONNNNNNN!” So, gameplay-wise, it doesn’t really blaze any new trails, but it’s still pretty fun and challenging. More than challenging, sometimes; it gets frustrating trying to memorize the bosses’ patterns. The final boss was an especial pain in the butt, but the challenge level helped make up for the relatively short playtime. I probably spent close to a quarter of my time with the game trying to finish the final boss.

The 8-bit graphics and sound create a picture-perfect aesthetic of a Nintendo game that never was. As much as the gameplay was well-crafted and fun, the game gets its personality from its art design. You’ll fall in love with Ruby’s sprite over the course of this relatively short game, especially when she’s making friends with all the kitties—oh yeah, the fast-travel mechanic is a giant cat that rewards you for finding its friends by letting you ride it through magic portals. That was pretty great, too. Overall, Spooky Ghosts Dot Com is a heck of a good time. The gameplay is smooth, the graphics are colorful and fun, and the difficulty leans towards challenging over frustrating, but sometimes it crosses over to the wrong side of that line. 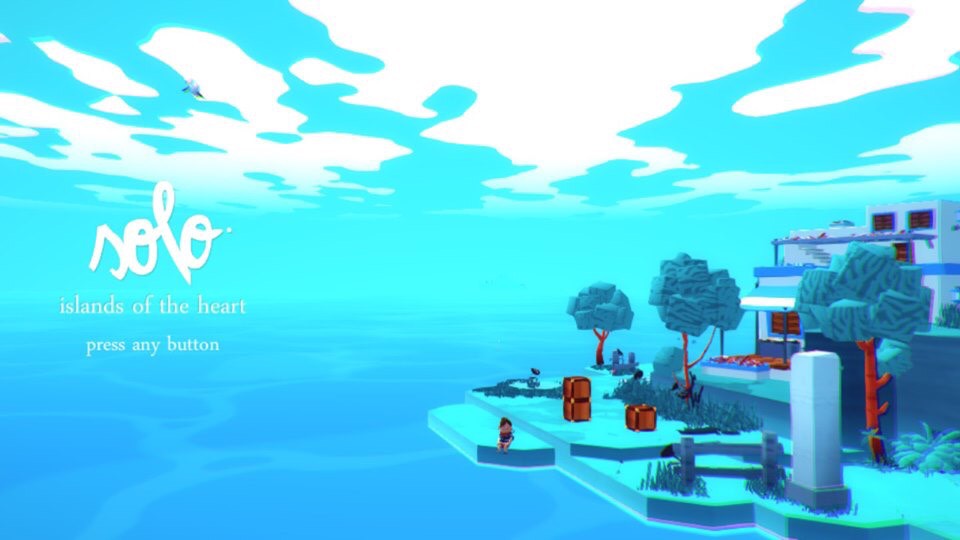 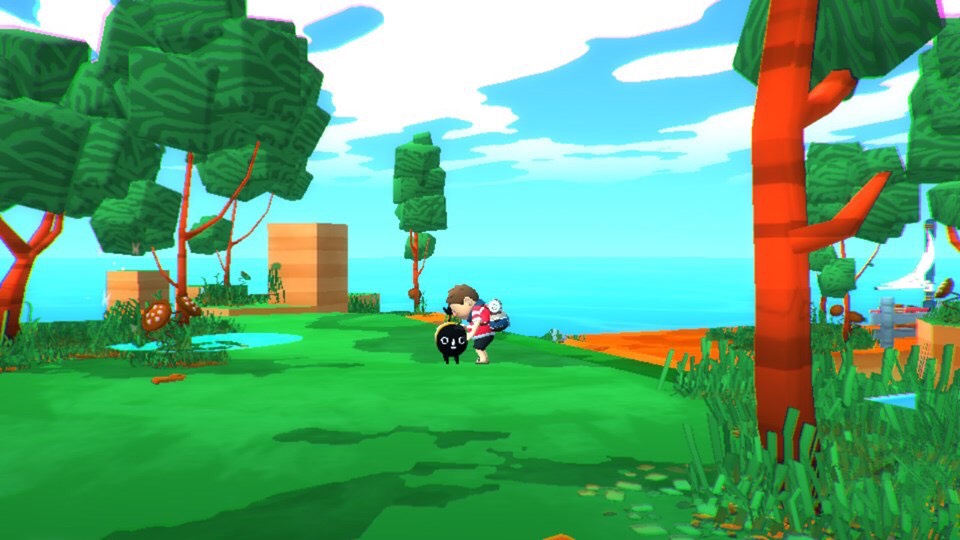 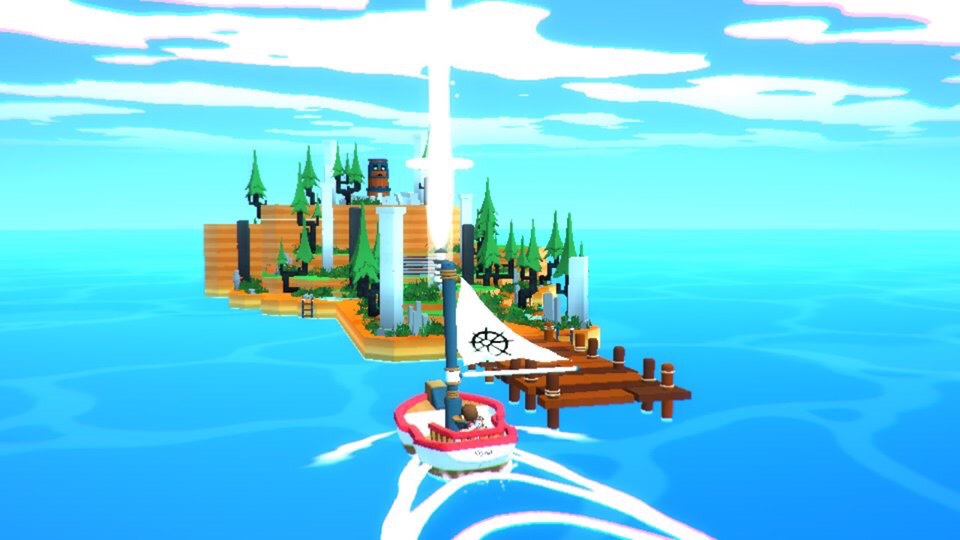 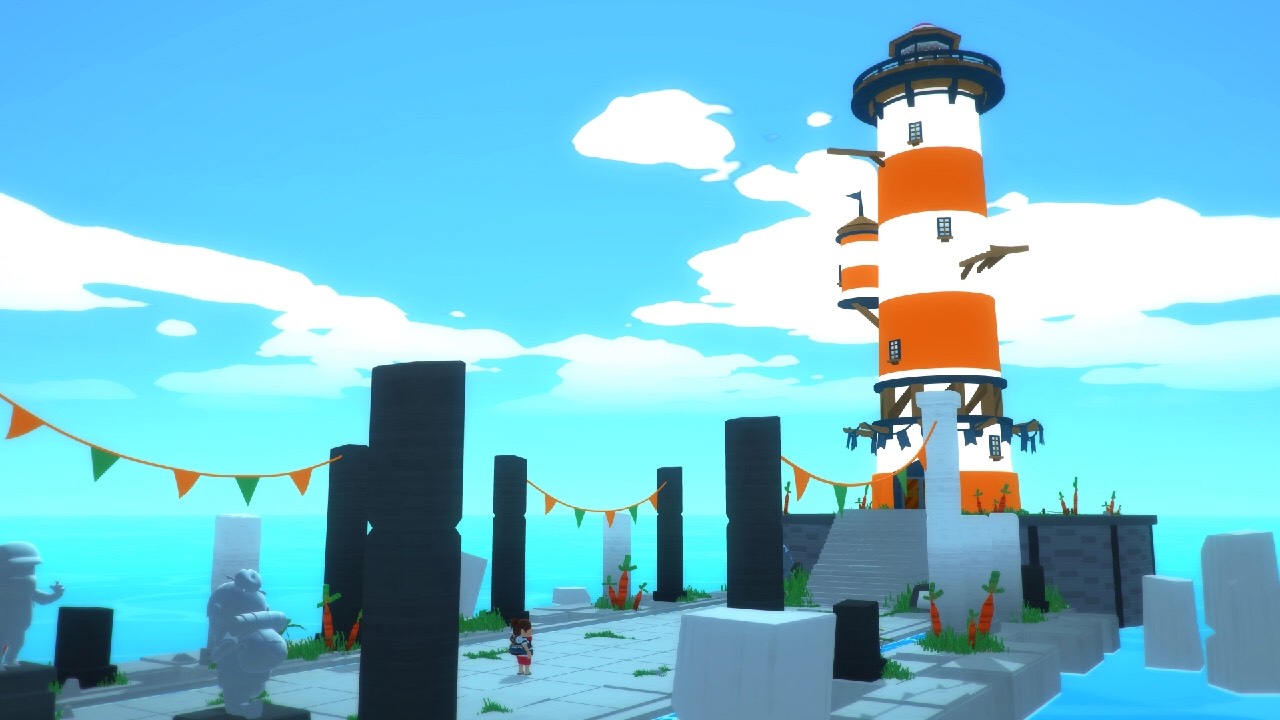 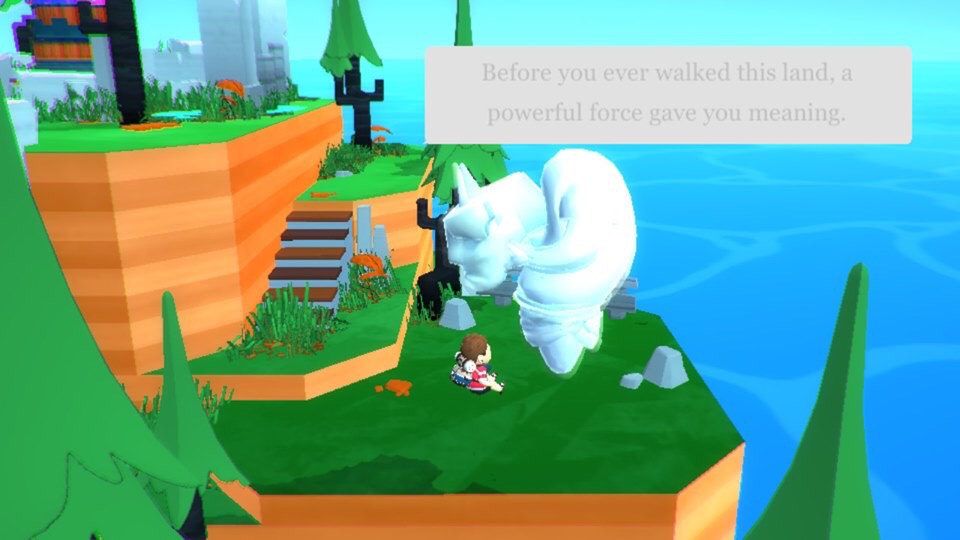 All You Need Is Love, But I Want More

Solo: Islands of the Heart sets out to make an introspective puzzle game centered around love and relationships. So, as a non-starter, if love or things surrounding relationships like monogamy and the struggles relationships face aren’t something you look forward to, you may be immediately turned off. So, if you avoid Cupid on Valentine’s Day, then solo may not be for you. The game begins with a bevy of questions, asking about your gender, sexual preference, and more about what you look for in relationships. This seemed a little ballsy with the era of politics we’re in, but it’s a game, so let’s hop in.

The game takes you from island to island on a small sail boat. Here, you solve puzzles with the goal of lighting a totem at the end of each. Once lit, you will be presented with more questions. Moving boxes around the 3-D isometric island felt clunky, due to controls and the camera that felt like it was, at times, working against me. Where Solo is strongest is in its presentation, from the serene soundtrack to the peaceful tone each island gives off.

It’s not without its hiccups on the Switch, unfortunately, but I’m always happy to see when developers do something different from the normal same old retro pixel-art. To end on a positive note, you can interact with animals you come across. Petting cats and dogs is always a huge plus, and fits perfectly in this game. I only wish the rest fell into place the same way.

Buy Solo: Islands of the Heart from the Nintendo Switch eShop here.