The Indie B-Side Review series will be taking a look at some of the many indie games available for the Nintendo Switch. Not all great titles are triple-A, multi-million-dollar productions, so take a look with us at some of these awesome games in our first edition of the Indie B-Sides Review! 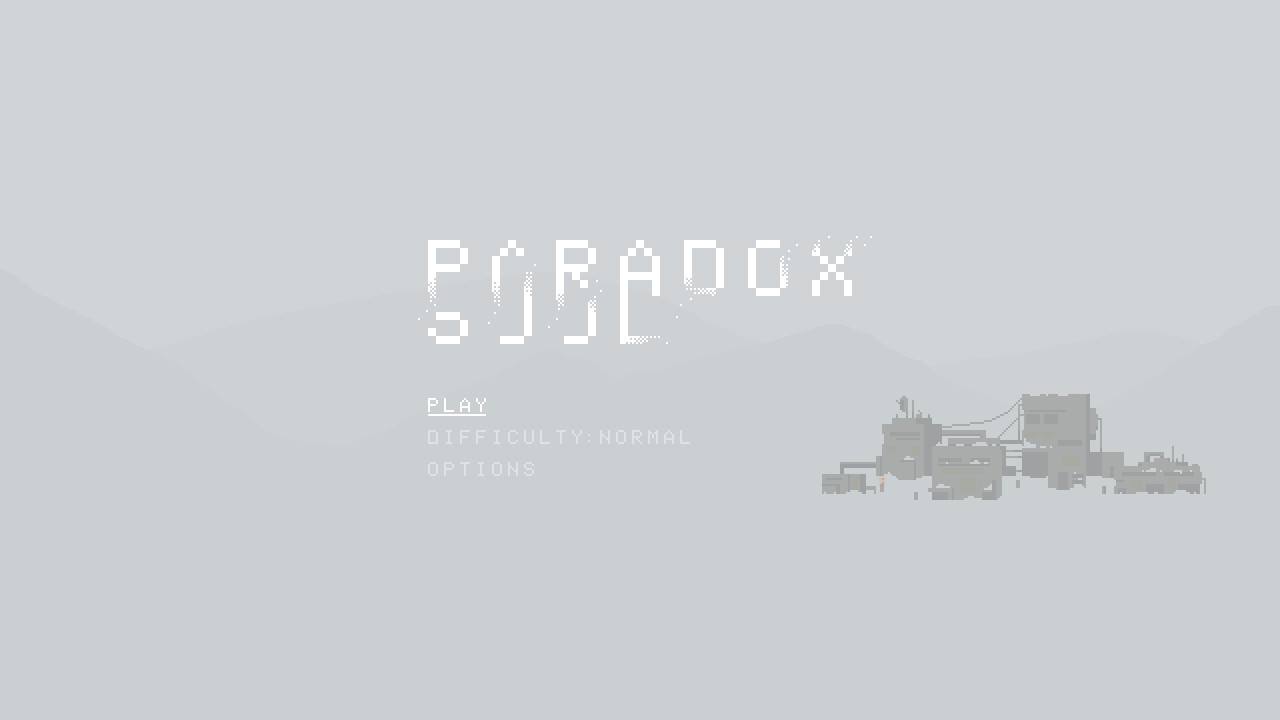 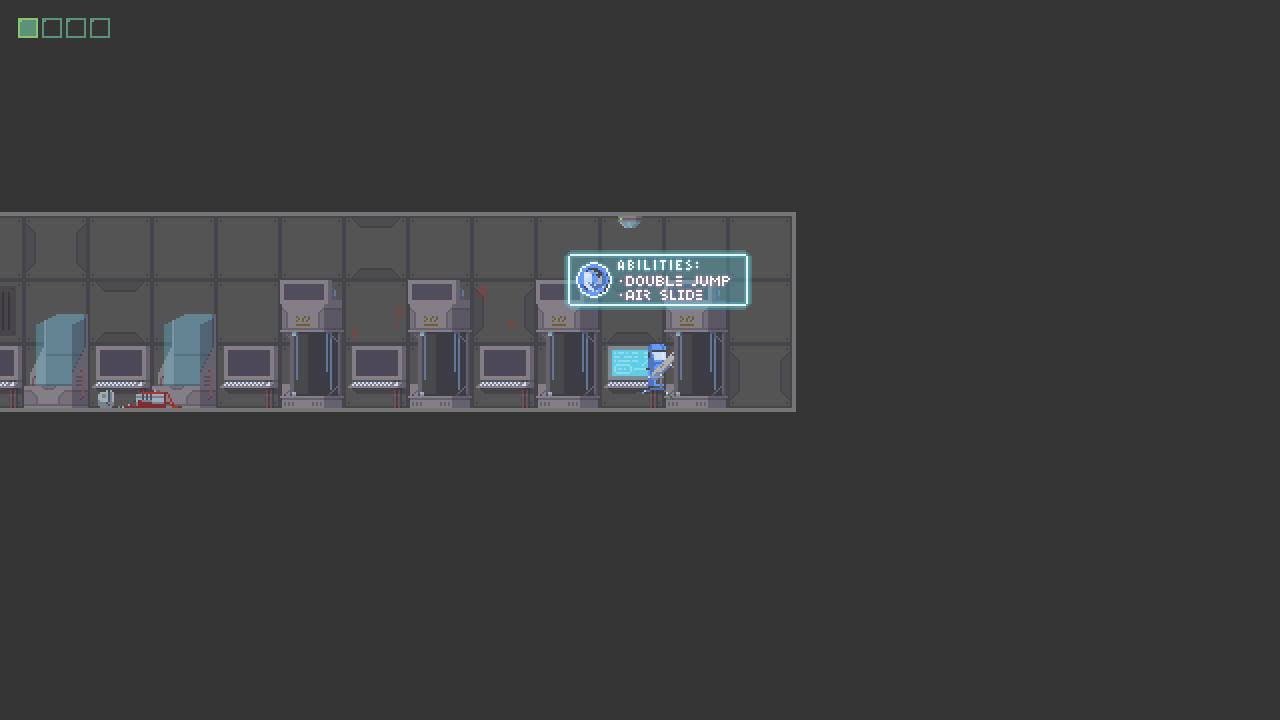 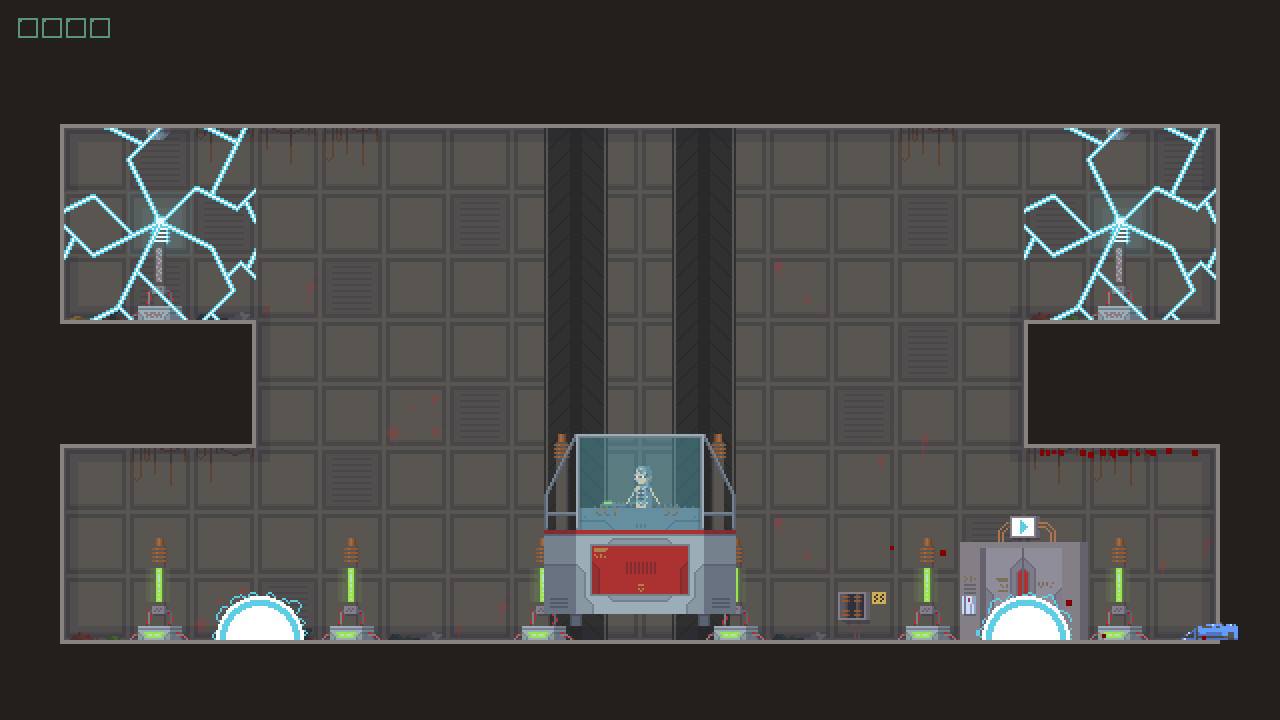 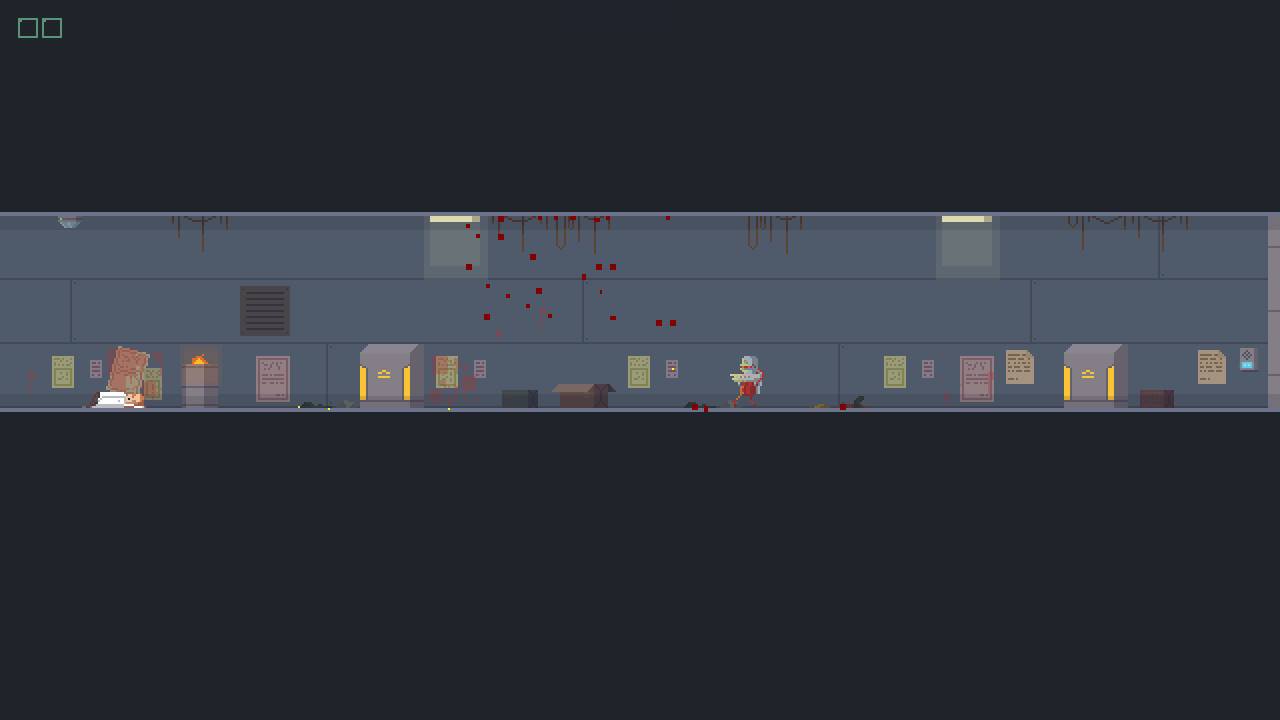 Paradox Soul is a “modern-retro” take on a classic formula. This is a Metroidvania game with heavy emphasis on the Metroid mechanics: you travel through a large, interconnected map, gain new skills like the double-jump that allow you to access previously unreachable areas of the map, get weapon upgrades, fighting bosses along the way. There are some unique mechanics, like the ability to duck behind objects on the 2-D plane to avoid enemy gunfire, but overall, this is a clear tribute to Metroid, or more specifically, Super Metroid—mechanically though, not visually, as visually, Paradox Soul more closely resembles Xenophobe of NES. This game is much harder than either of those two games though, and even on the easy setting—the difficulty settings change how many hits you can take, from 1 hit on the hardest setting, to 4 hits on the easiest—you will still die… a lot! The good news is that you will simply re-spawn at the doorway of the last room you entered before you died, so no save points needed. If you can take the punishment though, and you are a fan of a good retro-style Metroidvania, then I would recommend picking up Paradox Soul. It’s a decent title for a decent price. 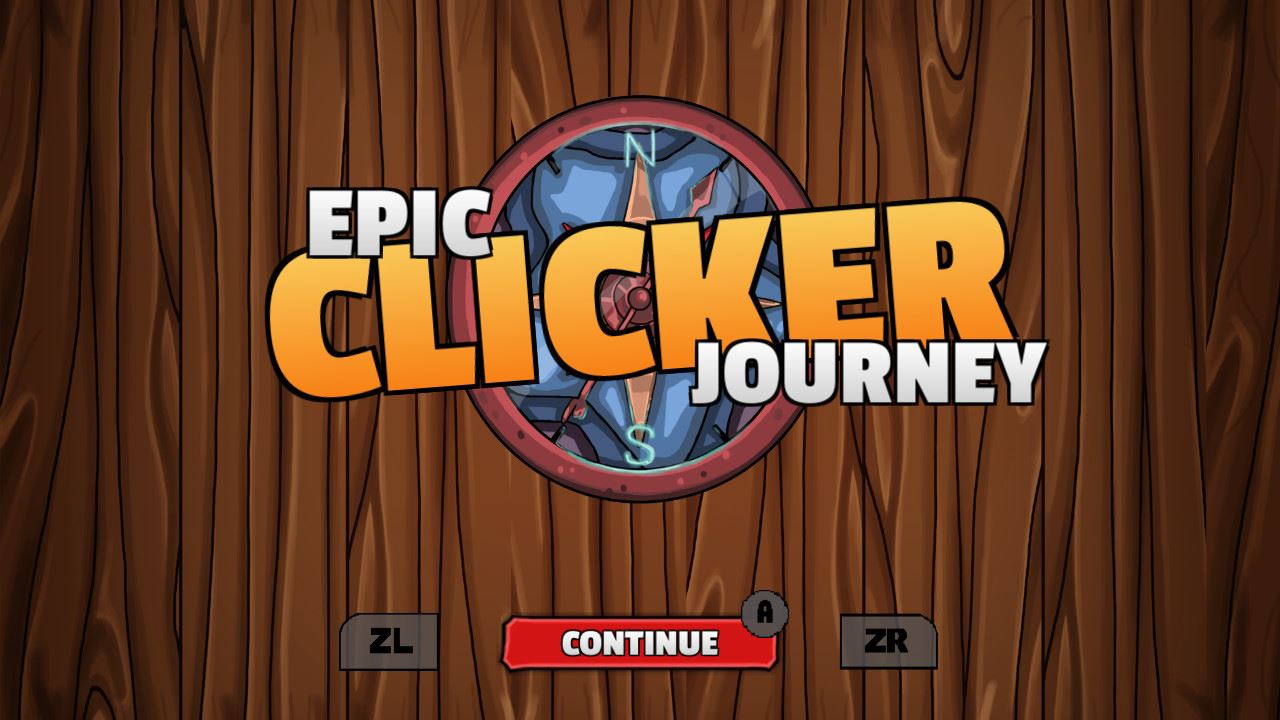 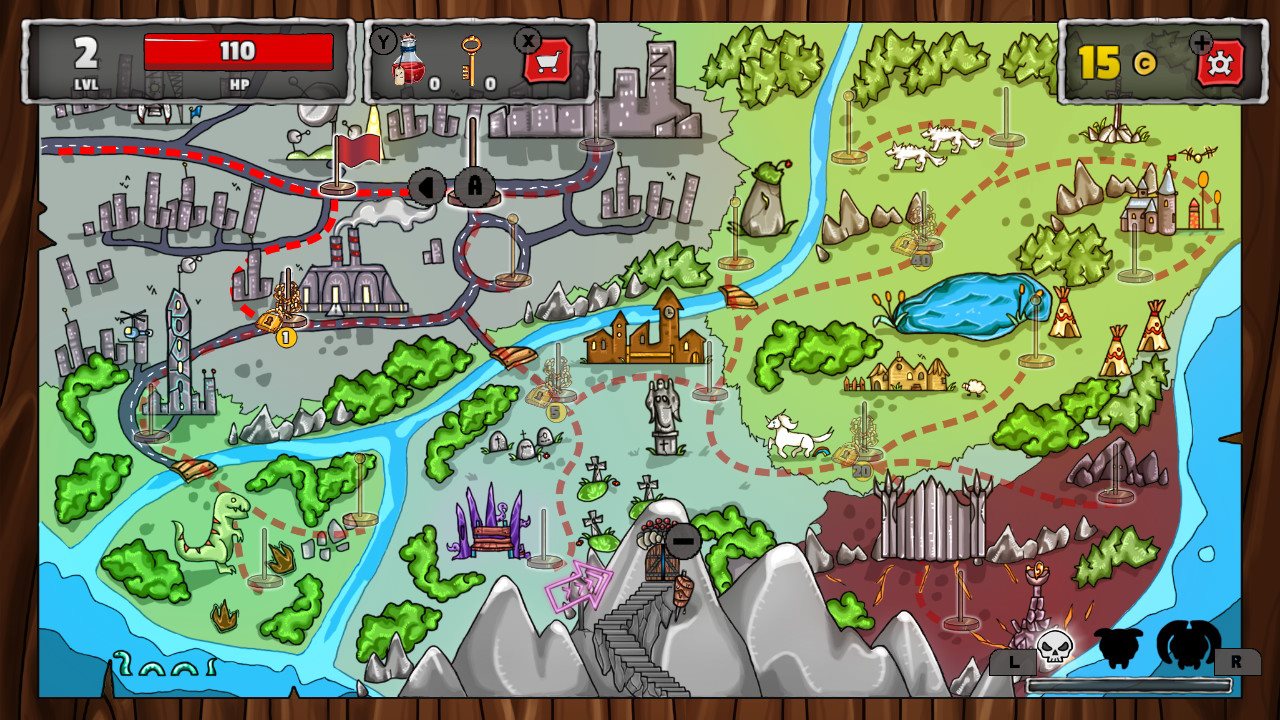 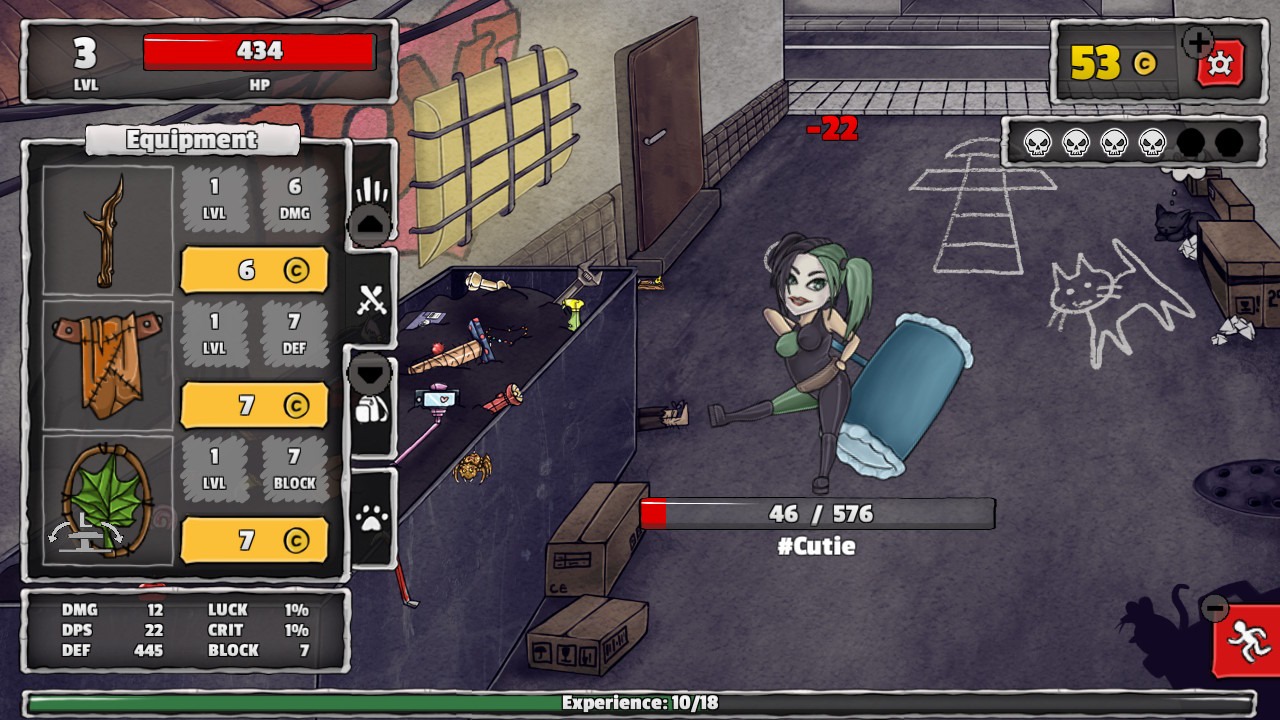 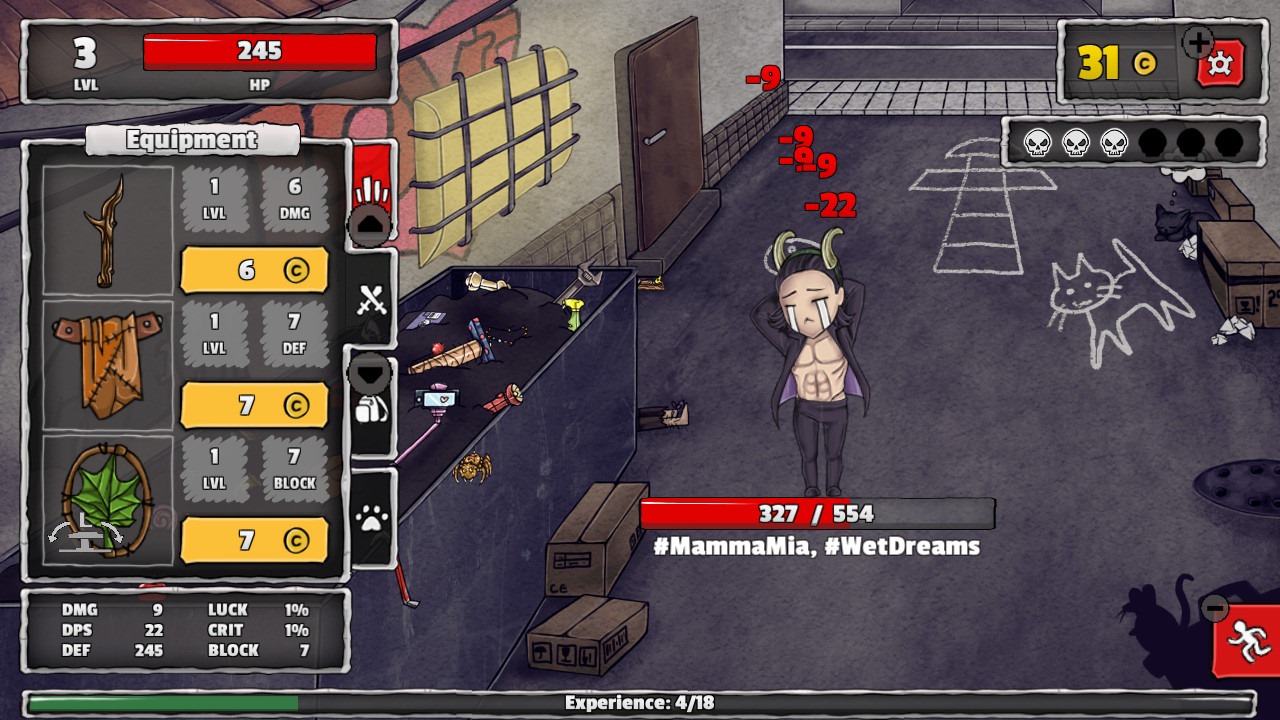 Epic Clicker Journey is exactly what it sounds like: it is a game that uses full touch—yes, that means you are getting your dirty fingers all over your Switch screen. You are fighting waves of monsters (many you will recognize from pop culture) while tapping the screen on the monsters as fast as you can. It has a Dungeons and Dragons-style feel to it, for as you battle the monster, you gain XP and can level up your attributes as you play. When watching the trailer, it reminded me of the old games I would play on MySpace—back in the day when the social site was relevant—like Mafia Wars. But, instead of reading scenarios, you play them out.

The game seemed promising, but I found myself growing bored of it rather quickly, as it is really repetitive. The only thing that really seems to change is how much stronger the monsters get as you progress. This is a great game to keep a child occupied while sitting at a doctor’s office or a dental clinic, but other than that, don't expect too much replay value. This game seems like it would be more suited for a mobile device like Apple or Android, and I don’t see it holding its value on the Switch platform. Even the background music gets overplayed and repetitive and drives you a bit batty after a little bit of playing. If the overall tunes and sound effects were a bit better, the game would have been a smidgen better as well, but still a bit rough for long play. The most entertaining part of the game were the hashtags under each monster.

Bear With Me: The Lost Robots (Nintendo Switch) 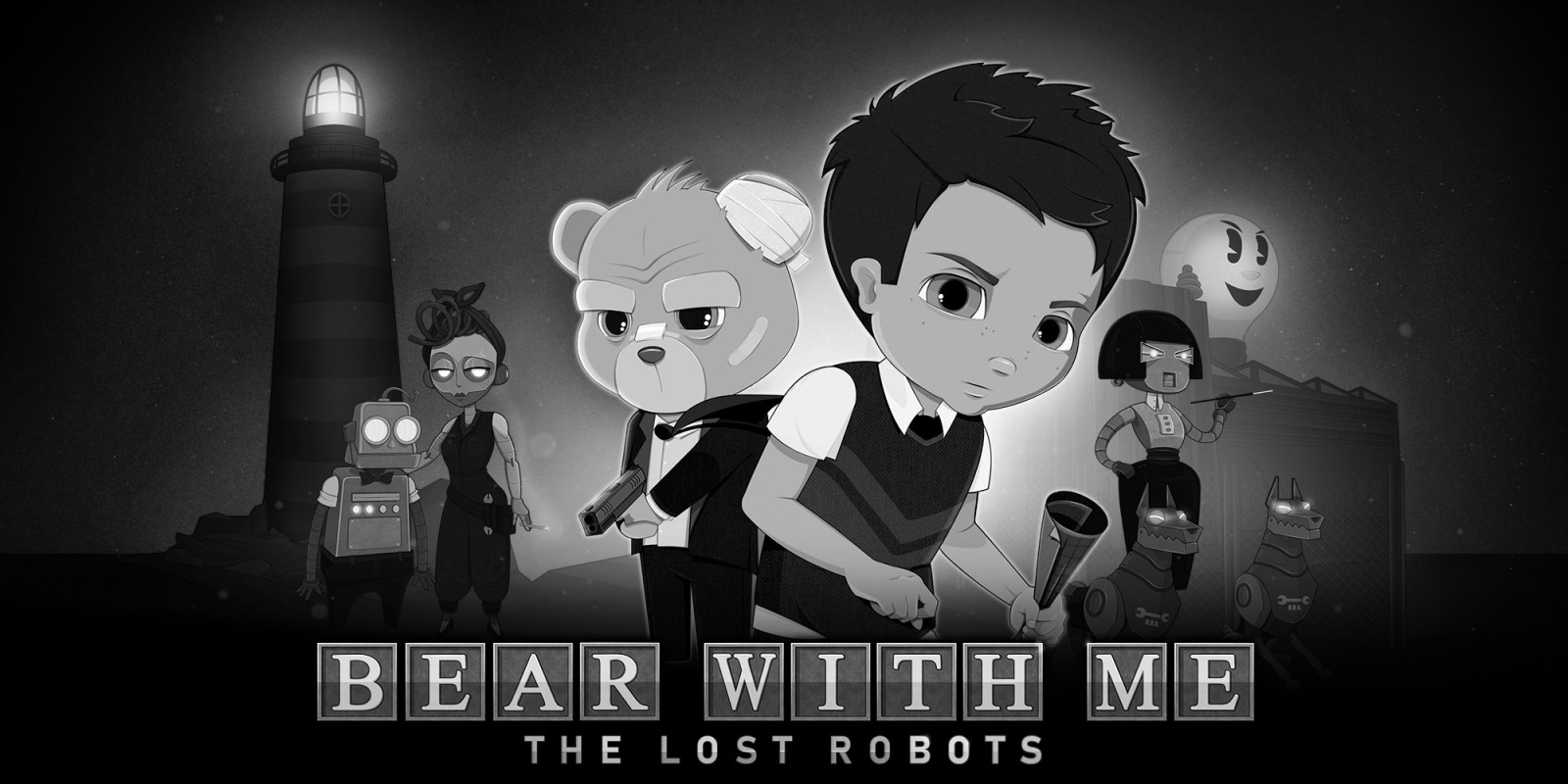 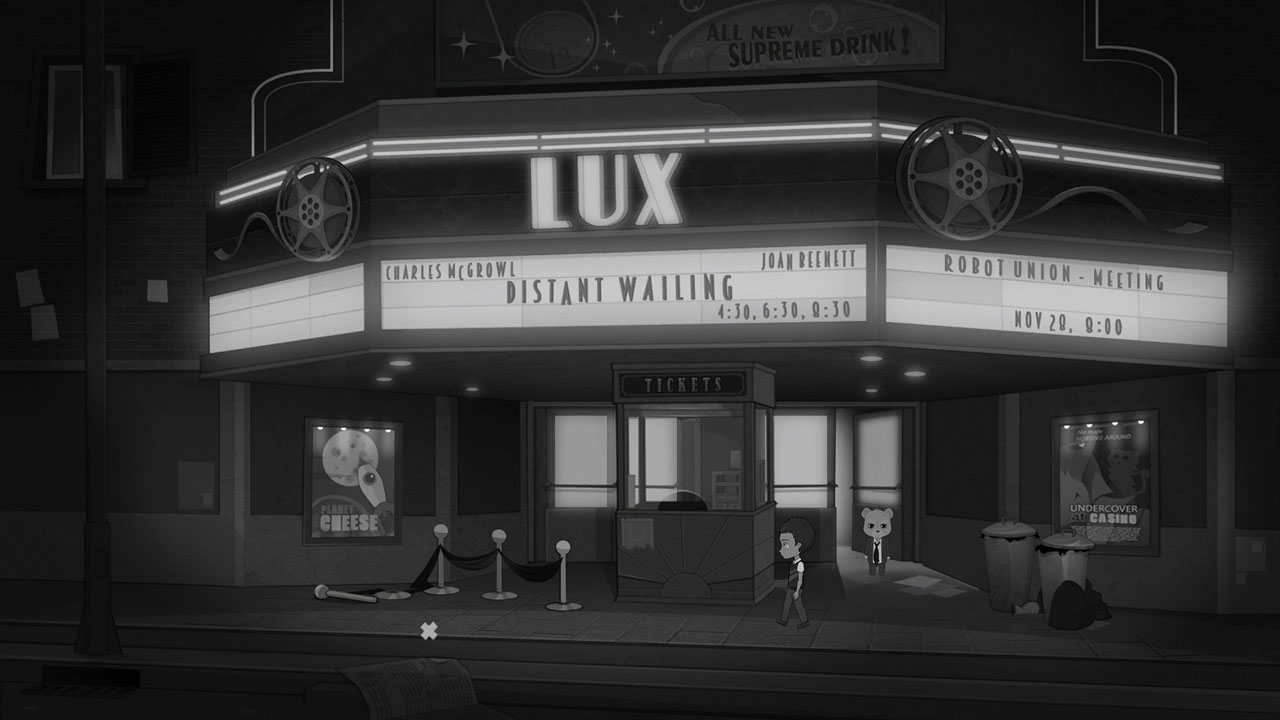 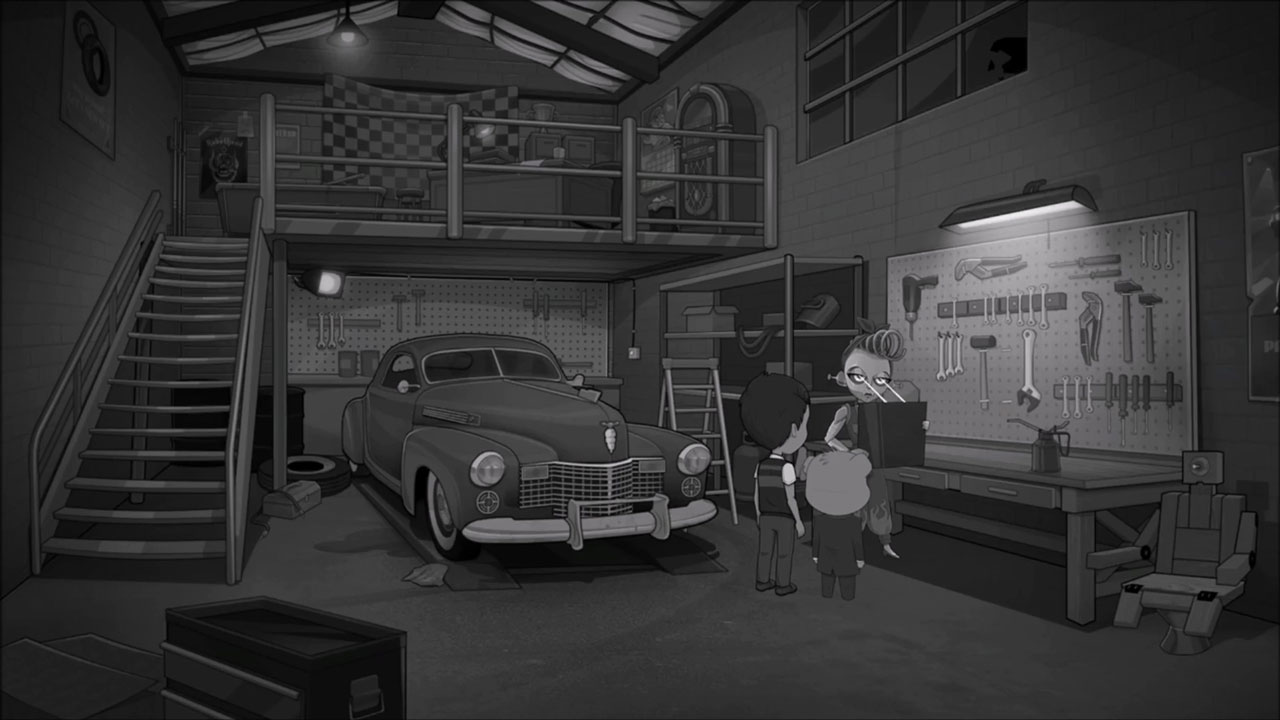 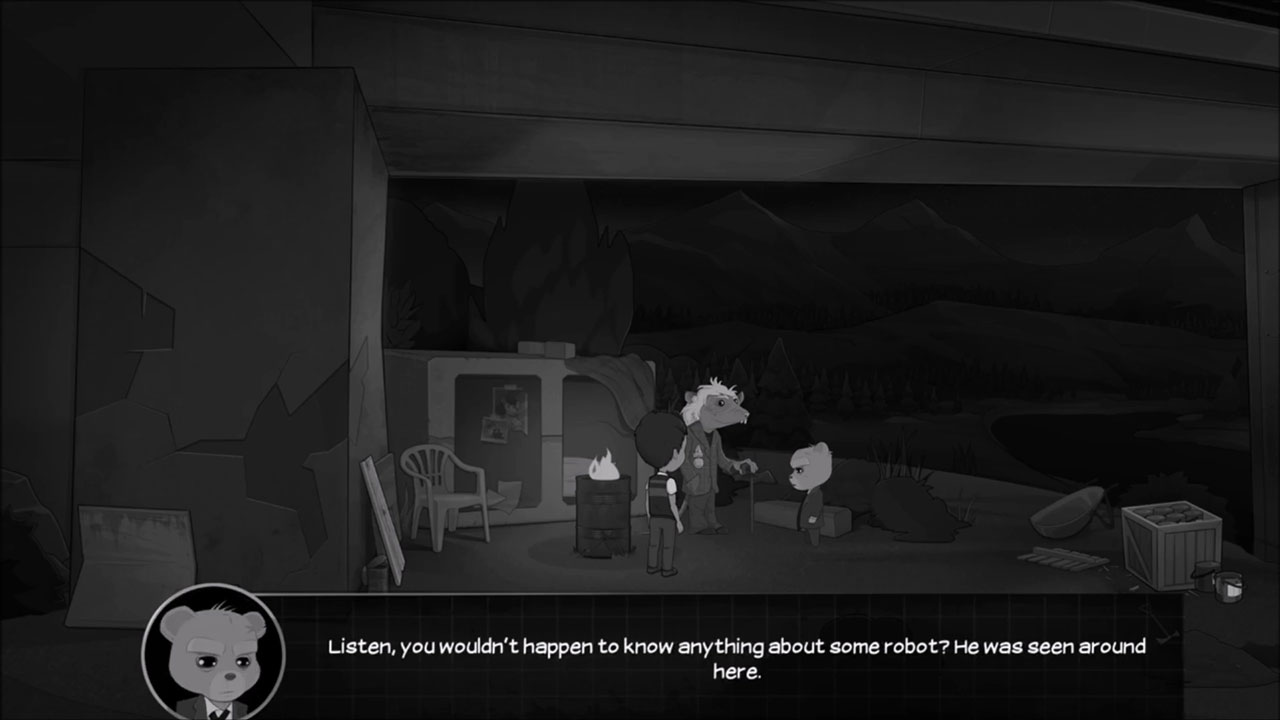 Bear With Me: The Lost Robots is a point-and-click adventure title that is the prequel chapter to the original, Bear With Me. You return with detective Ted E. Bear, but this time you are investigating with Flint, Amber’s brother, to try to find out why the robots in town are going missing. You will return to Paper City and run through puzzles galore as you again attempt to solve the mystery. The title brings all of the charm and top-notch point-and-click gameplay from the original, along with its great noir style, all while opening up more of the original’s story. The chapter is quite short as a stand-alone product, and oddly, they decided it would be best to have this be a separate experience from the Complete Collection unlock, but nonetheless is a fun title that continues on the product that epitomizes the genre.

Buy Bear With Me: The Lost Robots from the Nintendo Switch eShop here. 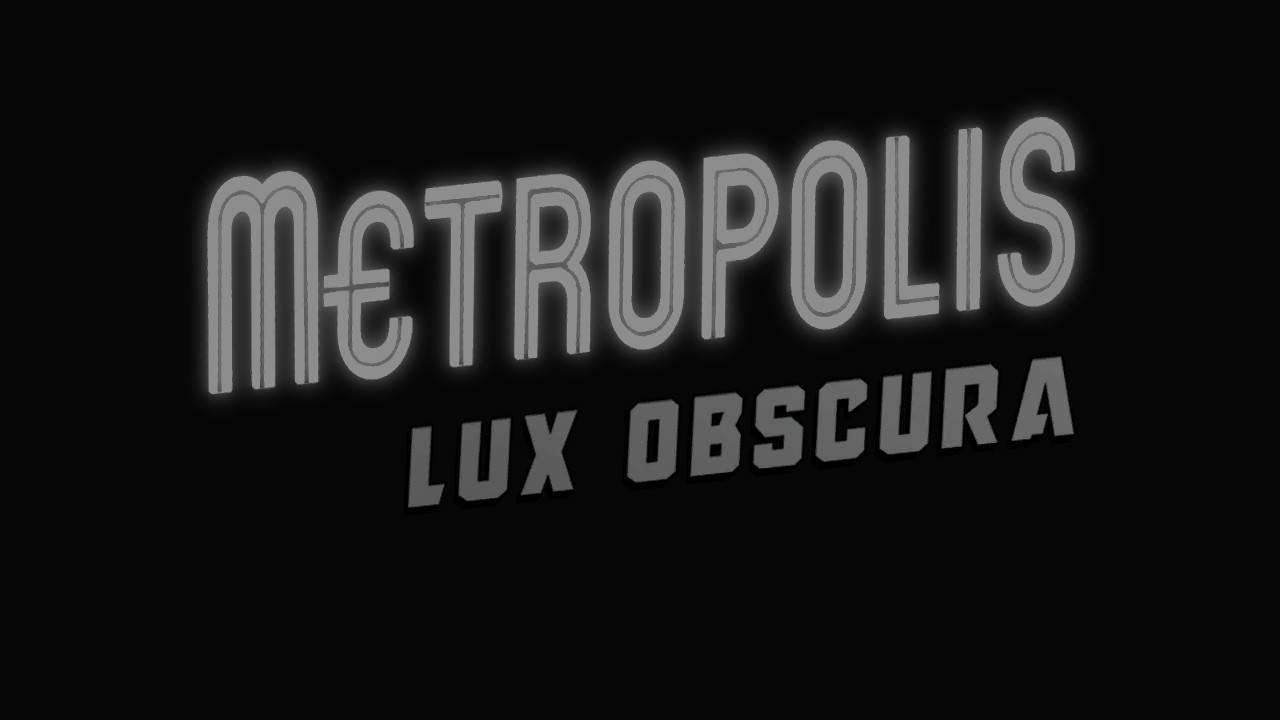 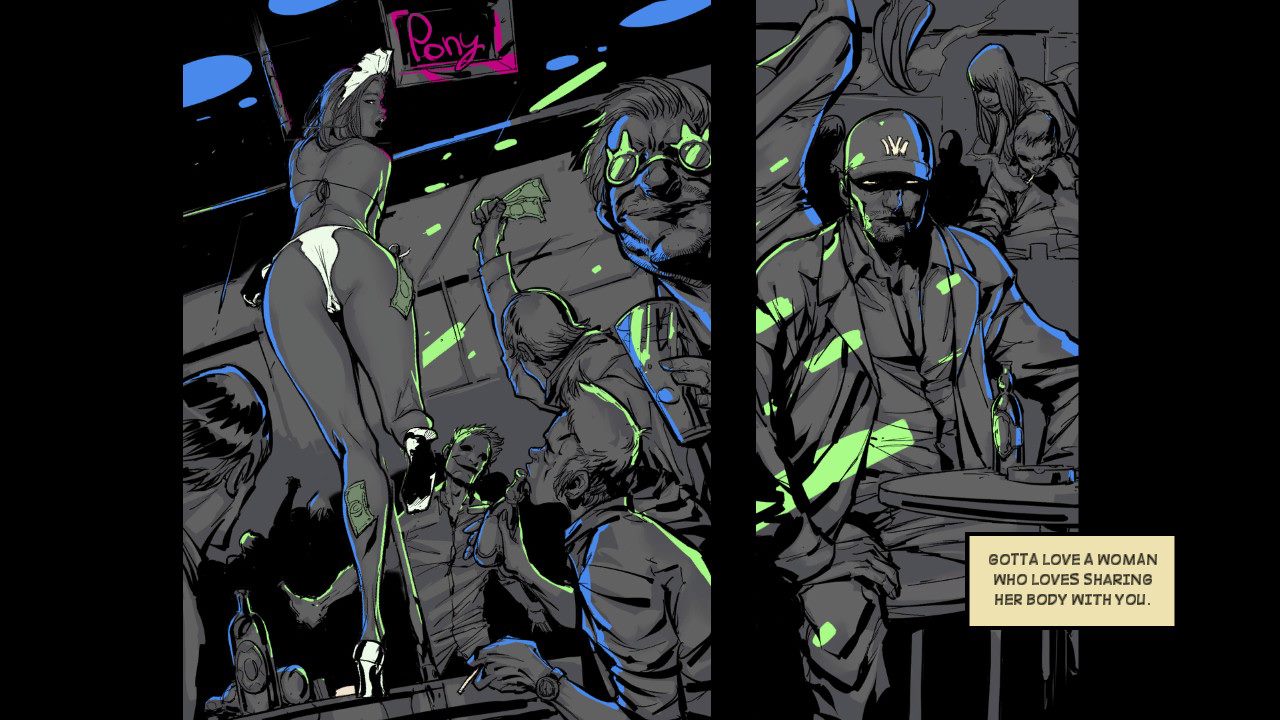 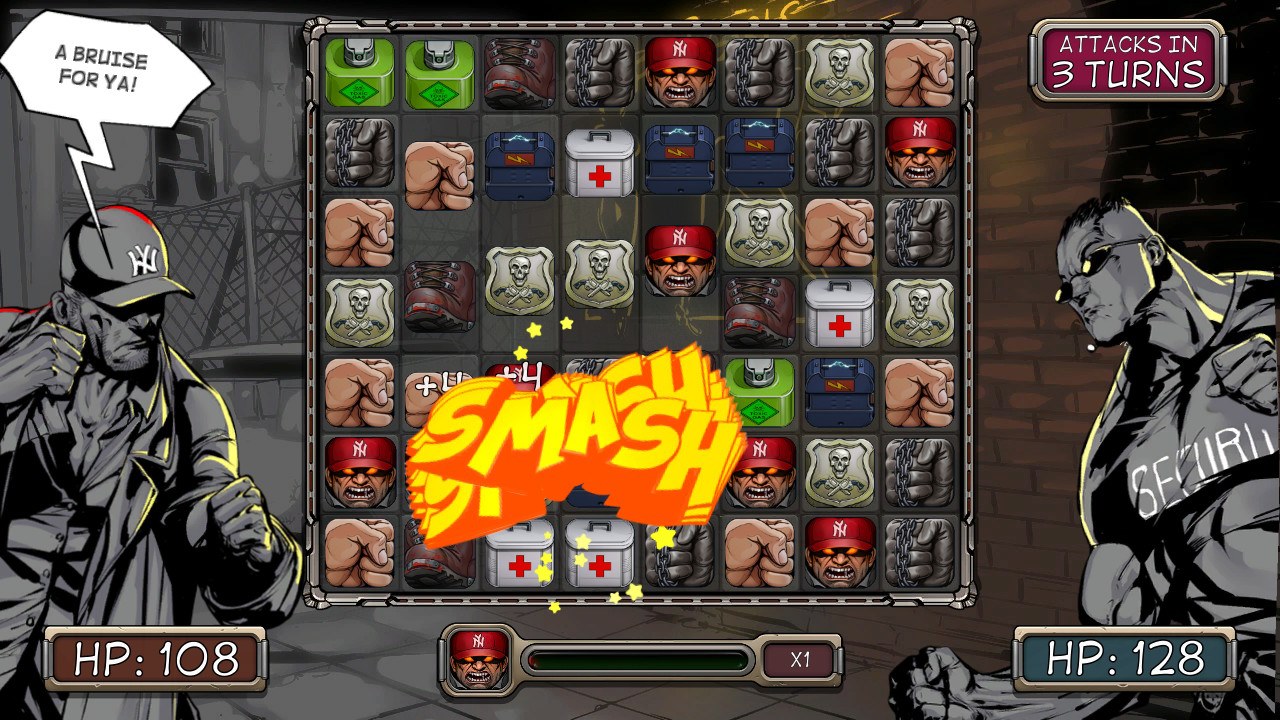 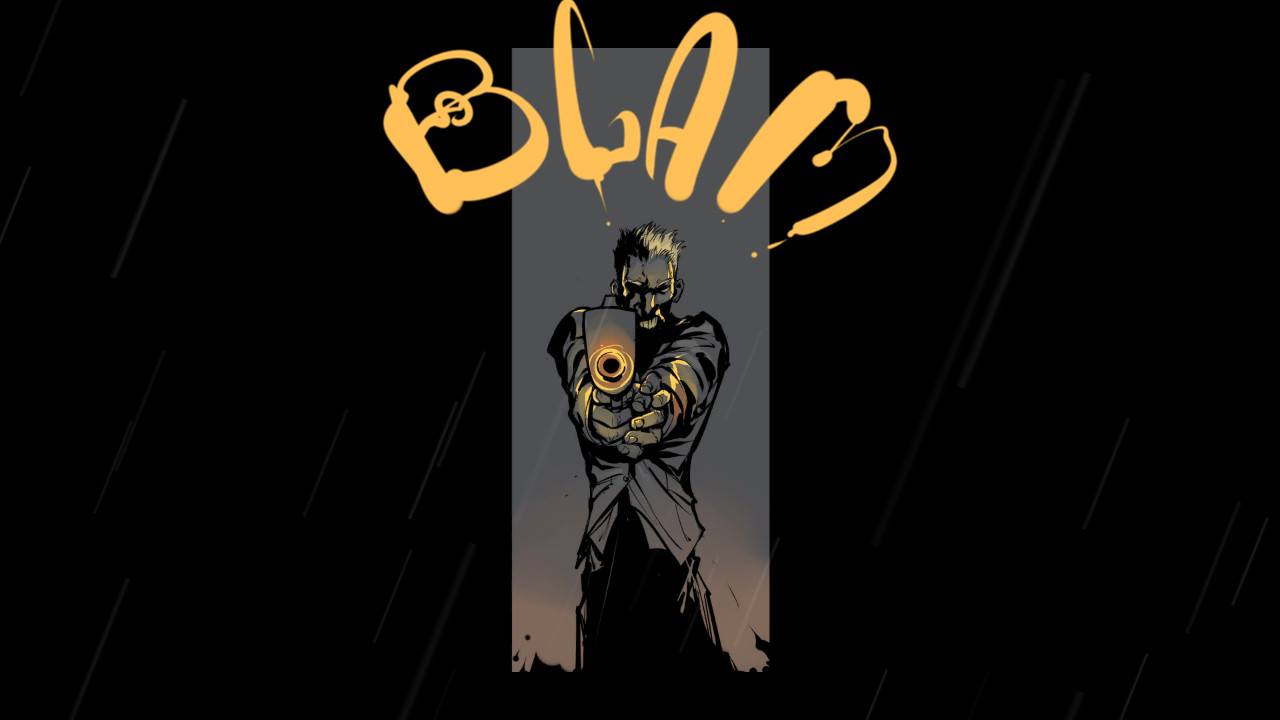 Metropolis: Lux Obscura is a visual novel/puzzle game where you play Jon Lockhart, a man who was framed for murder, just released from prison. You are on the hunt for the person who framed you, as well as the woman you love—who also happens to have testified against you. In this Frank Miller-style graphic novel, you choose your own path with the choices you make along the way, and there are multiple endings. In each scene, you encounter an enemy, and to fight them, you must match 3 or more of the same kind of blocks to strike your enemy with a range of different attack types. There are bare fists, poison, kicks, and other attacks, but you also have rage blocks, which can add a multiplier to your damage. There are also health blocks to recover HP, and police icons that will decrease your HP when matched up.

I really enjoyed the battle system, but the story dictates most of the gameplay, and many of the endings come very quickly, so you don’t get a lot of opportunities for battle along the way. I wish there was a free play option where you could just battle random enemies outside of the story, as the battle gameplay is very addicting. The story is very dark and gritty, and there are boobs all over the place—you have to verify your age to view the eShop listing—so you probably don’t want to show this one to your kids, but if you like a good match-3 game, and a good graphic novel in the vein of Sin City, then I would definitely recommend picking this one up. There’s even a demo available if you want to test it out first. 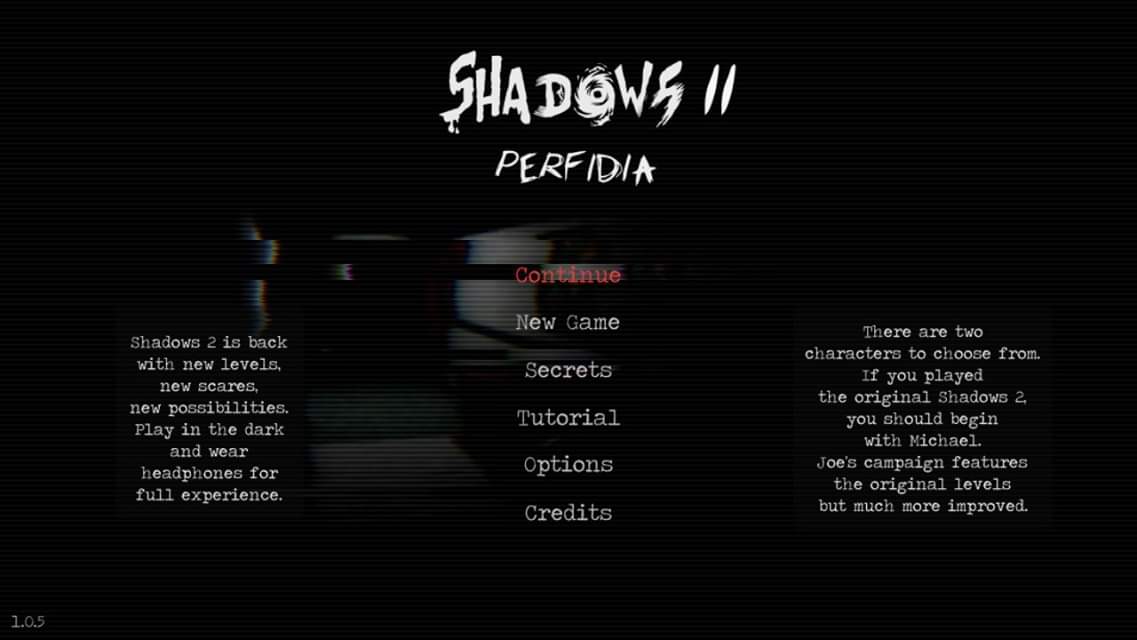 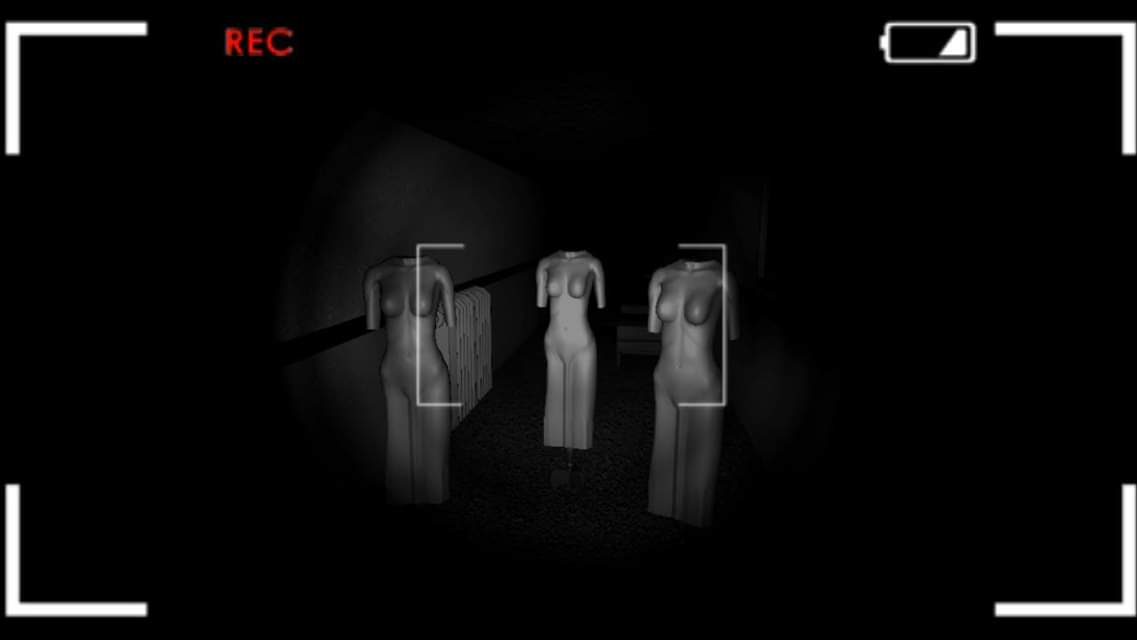 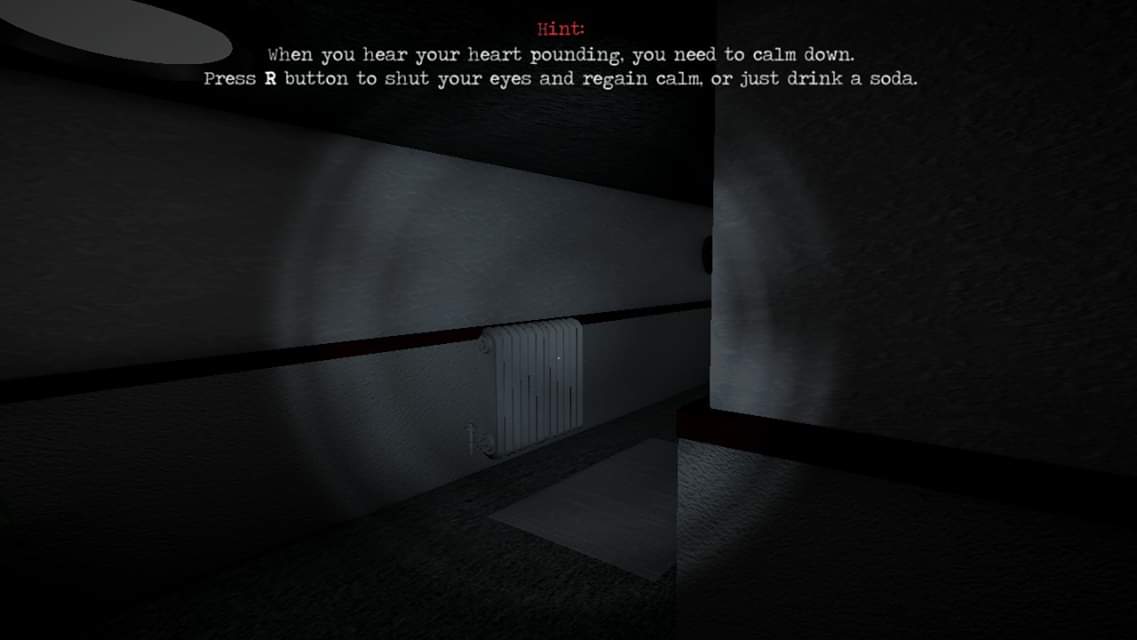 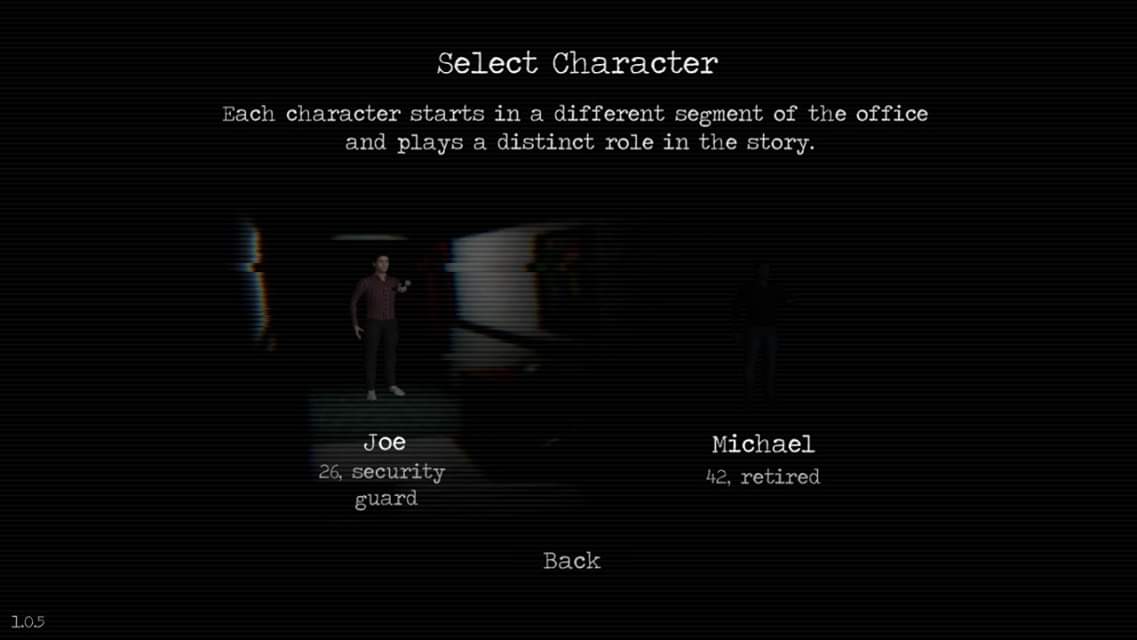 Horror games are my top favorite when it comes to a specific genre, however, I feel that most of them are not too scary, and they usually have a good story, but are often too long or too short. Well, in Shadows II Perfidia, the story is more how a horror game should be. You play as either Joe, a 26-year-old rookie security guard, or Michael, who is Joe's 42-year-old security friend who is retiring and throwing a farewell party. The story takes place the night of Michael's retirement party, and you can play as either Joe or Michael.

The overall concept is great: it's late, the party is over, and now something is coming for you in the building. Its dark, so you must rely on your flashlight, which requires a steady source of batteries, and glowsticks, which don't die. If you want more of a scare factor while playing use the glowsticks as your light source once you get it—use the glowsticks for more of a scare factor. Overall, I was a fan of the scare factor, and one part legit made me scream like a girl and the wife got very upset, because it was late at night.

One of my problems with the game was the voice acting. Both characters are very dull—Eeyore has more personality. The overall play length is fairly quick if you can find the hidden secrets in a timely fashion, with a total length of about 2 hours, which is perfect in this case. Basically, the whole plot is that something is coming for you, and you run like hell to get out of there. But this is my second problem with the game: not the overall length, but the ending. The ending is super lackluster, and not the way a horror game or movie should end. I recommend this game for horror fans, because it does offer a very good horror experience. It’s been the first game in a long time to actually give me a good fright, and I'm super thankful for that. I forgot what it was like to scream from terror.